Alone Among the Ruins 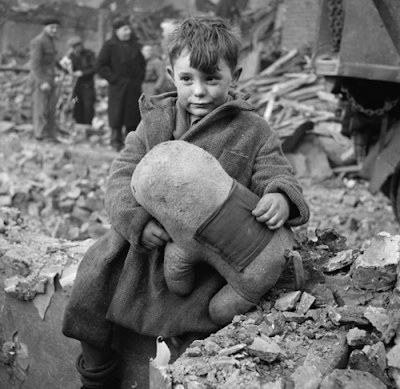 Photo of abandoned boy after London bombing in 1945 courtesy www.shorpy.com.


Former Vogue fashion photographer, Toni Frisselle, snapped a haunting photo of a young boy holding his stuffed animal and sitting on the rubble of his home after losing his parents and his brother to a V-2 bomb hit in 1945.  Showing that the camera never lies, the photographer put a human face to the war, a conflict that would see tens of thousands of similar children who were orphaned or abandoned or separated from their parents.

Saying that "I would rather stalk with a camera than with a gun", Miss Frisselle travelled twice to wartime Europe to photograph both civilians and military personnel, often putting her own life at risk.  She worked first for the American Red Cross and later for the Women's Army Corps.  Toni contributed to the more than half a million pictures taken by photojournalists and supplied to the American and British media during World War II. 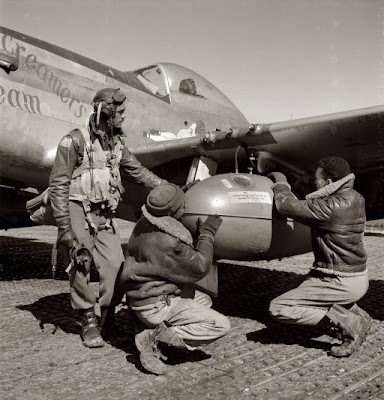 Photo of Tuskegee Airmen courtesy www.shorpy.com.
Posted by Linda at 18:56