It is estimated that 2 billion television viewers will watch the ball descend 141 feet in 60 seconds in Times Square on New Year's Eve.

The Times Building, the second largest in Times Square circa 1904 courtesy www.dailymail.co.uk.

It is a tradition that started back in 1904, when Longacre Square, at the corner of Broadway and Seventh, was renamed Times Square after the pink granite newspaper building which sat at its centre.  From 1904 to 1906, fireworks were set off to commemorate the new year.  In 1907, the ball first appeared, initiated by New York Times owner Adolph Ochs.  It was composed of iron and wood, weighed 700 pounds and was lit up by 100 25-watt bulbs.  Six men with a rope and a stop watch slowly lowered the giant ball at midnight.

During World War II, because of light restrictions, the ball was not dropped in 1942 and 1943.  A moment of silence was observed instead to honour the soldiers serving overseas.

In keeping with the "I Luv New York" theme of the 1980's, the ball became red with a green stem in the 1980's.  In 1995, rhinestones and strobe lights were added to the ball.  To usher in the new millennium, a Waterford crystal ball was made, weighing over 1000 pounds.


As of 2009, the new 12000-pound 12-foot ball remains atop Times Square year round, waiting to be dropped on New Year's Eve.  One million spectators fill the Manhattan streets, eager with anticipation.  At the signal from a laser cooled clock in Colorado, the ball begins its descend one minute to midnight.  The crowd erupts in cheers.  "Auld Lang Syne" plays followed by Frank Sinatra's "New York, New York".

With New Year's Eve arriving tomorrow, here are some interesting facts about some classic board games.

Monopoly is a game about money, property and power.  A special wartime edition was made to help POWs escape; it included hidden maps, compasses and other tools.

Created by an out of work architect, this game uses letters to make words that interconnect.  Believe it or not, there are 84 words in the English language which use a Q but not a U.

Yahtzee is a game of dice and poker-like combinations.  It was originally called "The Yacht Game" since a Canadian couple used to play it on their yacht.  It was purchased by Parker Brothers in 1956.

Originally called "The Checkered Game of Life", the first version of the game appeared in 1860.  One hundred years later, it appeared as "The Game of Life".

Originally called "La Conquete du Monde" it was first invented in France.  The American version, appearing in 1959, has 19 varieties including Star Wars and Lord of the Rings.

This game was based on a murder mystery played in the underground bunkers during air raids in London, England.  The British called it "Cluedo".

Also called International Draughts, this game with red and black tokens dates back as far as 3000 BC in Ur, Iraq.

This game dates back to the 5th Century.  The most expensive chess set, the Jewel Royale, includes gold, platinum and diamonds and is valued at $9.8 million.

This game involves sinking enemy ships and is based on "Broadsides", a pad and pencil game from 1943.  The board game first appeared in 1967.

In honour of my father in law, Albert Jonasson's birthday, here are ten facts about 1932, the year of his birth.

2.  With 24.5 % of Americans unemployed, Hoovervilles sprouted up across the country which included houses made of wooden crates, metal scraps and cardboard.

3.  With unemployment at an all time high, many families could not eat and were malnourished, leading to a rise in tuberculosis.


4.  Bonus Marchers:  17000 World War I veterans marched on Washington D.C. in hopes of getting early payments on their cash bonuses.


5.  The New York Yankees beat the Chicago Cubs 4 to 0 in the World Series.

6.  Famine was widespread in the U.S.S.R. (the Ukraine) due to Stalin's policies.


9.  Spiritual leader Mahatma Ghandi was jailed by the British (after his hunger strike).

Walt made a promise to his daughters that he would make a movie of their favourite book Mary Poppins. But a certain curmudgeonly British author stood between him and his dream.  Little did he know that it would take him over 20 years to keep his promise.

P.L. Travers grew up in the Australian outback, one of three daughters of a banker father and homemaker mother.  Particularly close to her father, she cherished their moments together playing.  Her father, Mr. Travers Goff, held a stressful job as a bank manager and drowned his sorrows in booze.  Her mother felt like she was always competing with her daughter for her husband's affections.

One day Mr. Goff collapsed in the middle of making an important speech to his fellow bankers.  It soon became apparent that he had tuberculosis.  Bedridden, his wife hired an eccentric woman with an umbrella to help her husband get well.

While the early 1900's Australian drama is playing itself out, another drama is taking place in 1960's California:  Mr. Walt Disney is trying to woo Mrs. Travers , the author of Mary Poppins.  After 20 years of trying, he finally convinces the author, now living in London, England, to visit him in California.  For two weeks, Walt and his team attempt to get Mrs. Travers to sign an agreement offering film rights to her story.  The team tries every trick in the book:  they dance and sing their way through Supercalifragiclisticexpealodocious.  Mrs. Travers, however, remains unamused.

Mr. Disney even treats Mrs. Travers to a trip to Disneyland where she rides the merry-go-round.  But the Magic Kingdom does not change her sour demeanor.  The British author doesn't perk up until one day, the Disney team presents her with a musical number called "Let's Go Fly a Kite".  She loves it so much she starts dancing with the director.

However, her relationship with Walt goes south again when she discovers he plans to have animated penguins in his movie after promising her it would include no animation.  Mrs. Travers hops the first plane out of Hollywood.  But Walt follows close on her heels, accidentally discovering that Mary Poppins is autobiographical.  In her London apartment over tea, he tells her the tale of his childhood in Kansas City where he and his brother Roy would stumble through snow banks delivering newspapers before dawn and after dusk.  If they did not do it to Elias Disney's liking, they would get the strap.  For the first time, Mrs. Travers realizes that Mr. Disney was not born with a silver spoon in his mouth and that he suffered hardships just as she had in childhood.

Walt promises Mrs. Travers that he will give her a magnificent movie while staying true to her vision -- and the author finally signs on the dotted line.

Julie Andrews, Walt Disney & Lillian Disney at the Mary Poppins premier circa 1964 courtesy mentalfloss.com.
Posted by Linda at 13:07 No comments:

A Mary, a Monkey and a Mockingbird

John D. Rockefeller owned a piece of property in midtown Manhattan in the speakeasy belt.  He dreamed of bringing culture to New York City.  But how could he make it affordable?  In the end he built the world's largest indoor theatre which would house more than one million spectators.

Mr. Rockefeller partnered with the Radio Corporation of America back in 1932 to build a theatre.  He chose Donald Deskey to design the building.  Mr. Deskey focussed on an art deco design and a "Progress of Man" theme for the new theatre.  It would house:  eight lounges and smoking rooms, three mezzanines and a great stage.  Music would be played on a "Mighty Wurlitzer" pipe organ.  Twenty five thousand lights would illuminate the theatre.  The Great Stage, designed in the shape of a setting sun, would be enclosed by a shimmering gold curtain.  Its marquee would stretch one full city block.  It would be called Radio City Music Hall.

The theatre would be the site of over 700 film premiers including one for:  King Kong, Mary Poppins and To Kill a Mockingbird.  The latter starred Gregory Peck, a former usher at the Music Hall.

Gregory Peck and his wife Veronique arrive at To Kill a Mockingbird premier 1962 courtesy photobucket.com.

By the 1970's, Radio City Music Hall invited musicians and singers to perform on its giant stage including:  Ella Fitzgerald, Frank Sinatra and The Count Basie Orchestra.  The highlight of the year would continue to be the Christmas Spectacular starring the Rockettes, a tradition dating back to 1933.

2.  In the microwave, melt the chocolate chips.  Spread over the prepared crust.

Here are the top ten Christmas TV shows according to E.T. Online.

2.  Santa Claus is Coming to Town 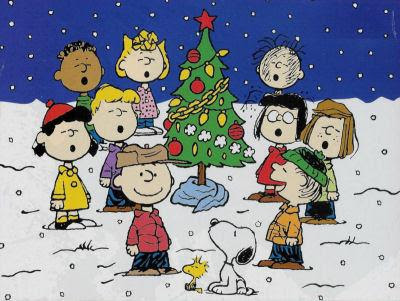 4.  How the Grinch Stole Christmas 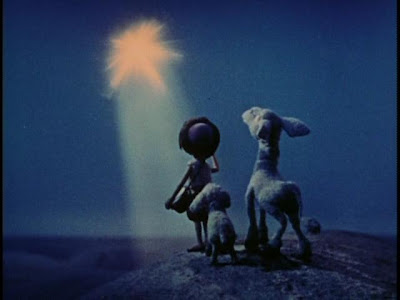 8.  Yes, Virginia, There is a Santa Claus 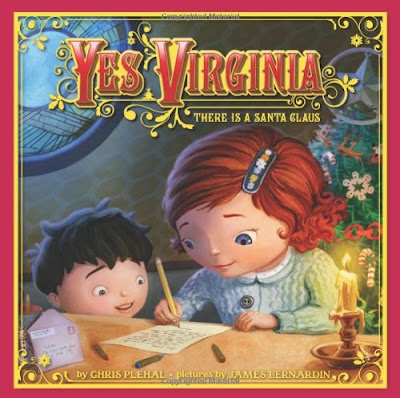 9.  Twas the Night Before Christmas 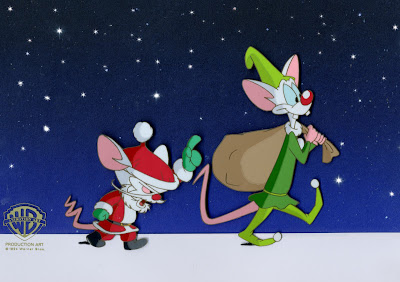 10.  The Year Without a Santa Claus

4.  The New Yorker circa 1960 courtesy media.aphelis.net.