"Absolutely, After 33 Surgeries, I'd Better Be!" 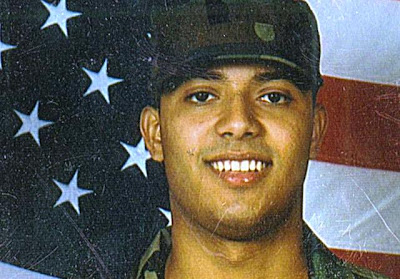 Photo of J. R. Martinez in U.S. Army courtesy www.army.mil.
J. R. Martinez found himself lying on the battlefield in Iraq with more than 40% of his body burned back in 2003.  By 2008 he was a motivational speaker with a recurring role on All My Children.  And by 2011, he was the champion of Dancing with the Stars.  How did this American, who once had a dream of playing pro football, get to this point?

Jose Rene Martinez was born in Shreveport, Louisiana in 1983.  Raised by a single mom, he never met his dad.  Gifted at athletics, he dreamed of a professional career in football.  In 2002, he signed up for the United States Army and was sent overseas to Iraq.  It was there that he was driving a Humvee and rolled over a landmine which exploded and left him with his body badly burned.  J. R. was transferred to a military hospital in Germany and then to one in San Antonio, Texas where he spent 34 months recovering.  His body endured 33 surgeries, both cosmetic and skin graft types, one for every month he was in the hospital.  After foot surgery, it was his mother who helped him learn how to walk eight weeks after the procedure.

While in the hospital, one of the nurses asked J. R. to come and talk to another patient who had been badly burned and had just been shown his scars, but refused to look at them.  J. R. complied and after 45 minutes of talking to the patient, convinced him to open up his curtain and let the light in.  J. R. talked to more patients and realized that he had a gift for helping others, thereby starting a motivational speaking career.

In the meantime, in 2008, he was cast in a recurring role on the soap opera All My Children as a war veteran.  As his name became known, he was approached by ABC to become a contestant on Dancing with the Stars.  After gaining 70 pounds while recovering in the Texas hospital, J. R. welcomed the opportunity to do something to get back into shape.  Week after week, he danced his heart out; and week after week the judges rewarded him with high scores.  By the tenth week, he had all perfect scores.  Between the judges' marks and the fans' votes, he won the Mirrorball Trophy.

The modest Martinez was voted one of People's Most Sexiest Men Alive in 2012.  In response, he joked:  "Absolutely, after 33 surgeries, I'd better be!"

The veteran's latest endeavour is to run the New York City Marathon this November.  He has partnered with Timex to raise money for the The New York Road Runners Youth Program.  J. R. will start the marathon dead last and for every runner he passes, Timex will donate  $1 to the charity.  Last year, Timex teamed up with a softball star who raised $30,000 plus for her charity.  This year, J. R. hopes to raise $31,000. 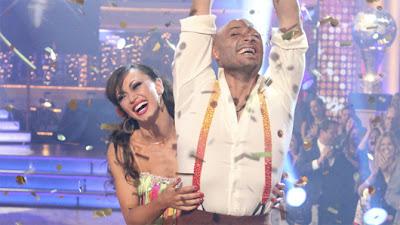