Ten Things You Didn't Know About the Great Depression 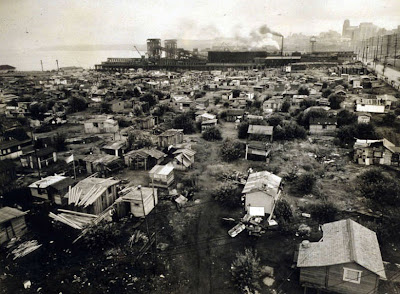 
1.  A new vocabulary emerged during the Great Depression named after President Herbert Hoover:

2.  Black Tuesday, October 29, 1929, was the day the Stock Market crashed.  A loss of $14 billion was reported for the day; a loss of $30 billion for the week was reported.  The latter figure was ten times the amount of the annual federal budget.

3.  A rash of suicides took place after the Stock Market crash in New York City's financial district.  The proprietor of one hotel started asking guests if they wanted a room for sleeping or for jumping.

5.  In order to prevent the starvation of his flock of 3000 sheep, an American farmer slit their throats and threw them in a canyon.

6.  Monopoly became popular when it first appeared in 1935; it was the only means of getting rich for most Americans.

7.  Homeless men took to riding the rails, including some who would later become famous:

8.  The chain letter first appeared in 1935, likely a get rich quick scheme.  The post office had to hire more workers to handle the volume of letters.

10.  The mountain communities of Appalachia were particularly hard hit:  many survived on dandelions and blackberries.  Some children were so hungry they started to chew on their own hands. 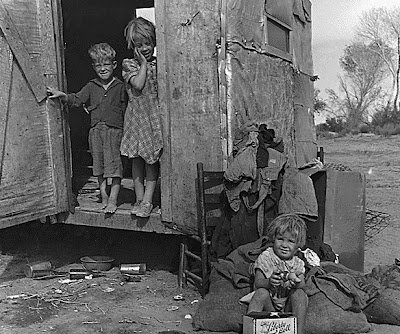