Whoever Believes Will Achieve 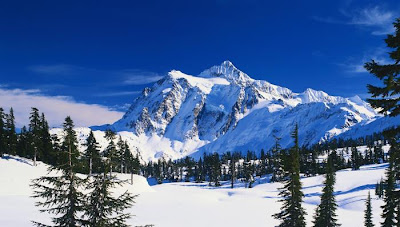 
"That whoever shall say to this mountain, Be you removed, and be you cast into the sea; and shall not doubt in his heart, but shall believe that those things which he said shall come to pass; he shall have whatever he said."  (Mark 11;23)

When I was a teenager, I used to watch downhill skiing religiously.  Those were the days of the Crazy Canucks and they were a force to be reckoned with.  While the slopes were ruled by the Europeans for decades, the Crazy Canucks changed all that when Ken Read ascended to the top of the podium in 1975, the first North American to ever win a World Cup race.  Within 7 years, Steve Podborski was the first North American to win an entire World Cup season.

When I watched each Crazy Canuck at the top of the mountain, he would close his eyes, and mentally go through the twists and turns of the course, his hand winding back and forth like a snake as he did so, before he entered the starting gate.  While his daring nature was what got him to the top of the mountain, visualization was the key to conquering it.

I googled visualization and found that over 90% of Olympic athletes practice this technique.  In fact, an Olympic gymnast named Alex was interviewed by NBC Evening Magazine about her mental preparation for competition.  She had faced a nasty crash in which she did a backwards flip, froze in mid-air, and landed on her back.  For months she could not do a backwards flip on the mat and had to resort to landing in a pile of foam.  However, she started visiting a psychologist who told her she must conquer the fear in her mind before she could conquer it on the mat.  He taught her visualization techniques to overcome her anxiety.  Now she is able to perform back flips again in competition.

Runners also use visualization.  Mark Plaatjes used this technique at the World Running Championships in 1993, snatching the victory in the last 3 minutes of the race.

Baseball players even use this technique.  While Hank Aaron's teammates were playing cards in the clubhouse, he would be out on the baseball field visualizing the opposing team's pitcher, and taking practice "slugs" accordingly.  He was inducted into the Baseball Hall of Fame for his efforts.

According to one expert, when athletes visualize, their visualizations need to be specific and detailed.  They need to visualize both the good and the bad; to be prepared for either circumstance.  Being prepared means they will be more confident.  Visualization helps them strengthen the mind/body connection.  Apparently, the brain makes no distinction between the image and the practice, if the image is vivid enough.


For more information about visualization, read:

1.  Mental Training for Peak Performance (Steven Ungerleider)
2.  Creative Visualization:  Use the Power of Your Imagination to Create What You Want in Life (Shakti Gawain) 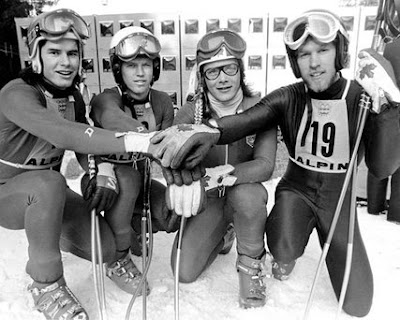