The Most Famous Baseball Card Ever 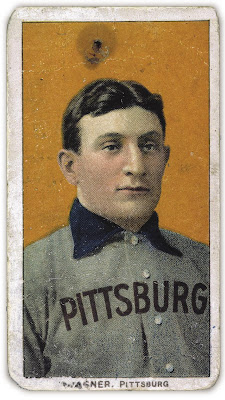 
It sold for 3 million dollars, one of only 57 in the world.  And yet it was just a rectangular piece of cardboard, 1 8/16 inches by 2 5/8 inches.  It was just a baseball card which came in a package of chewing tobacco back in the 1920's.  But it wasn't just any card, it was Honus Wagner's card, the most famous baseball card ever.

Honus Wagner grew up on the wrong side of the tracks in Pittsburgh, Pennsylvania, one of nine children born to hard-working German immigrants.  He was an "ugly duckling" with legs so bowed that he could tie his shoes without bending over.  He attended a Lutheran school up to Grade 6 and then dropped out to  work in the coal mines.  He built muscles quickly hauling two tons of coal a day for 79 cents.  That was his lot in life, or so he thought.

Honus found respite, however, from the coal mines on the baseball diamond where he and his family would go on Sundays after church.  He became known for his speed, adopting the nickname "The Flying Dutchman" (Dutch was a corruption of "Deutsch", meaning German).  At the age of 22, he was signed on by a team from Paterson, New Jersey.  He soon signed up with the Louisville Colonels.  Within two years, he signed with the Pittsburgh Pirates, a contract that would last for 20 years.

One tale says that Honus was so fast that he had no patience for other players.  One time he picked up a slow base runner and carried him to the plate.  Another story says that he loosened mouthy Ty Cobb's teeth with a slug at a game.  Nonetheless, he set some impressive records:  he led the league in slugging six times and he led the league in stolen bases five times.

Author Jane Yolen points out, however, that Honus Wagner didn't play baseball for the records, for the big bucks, for the drug money or for the fame:  he played simply for the love of the game.  In 1936, when the Baseball Hall of Fame opened, his name was inducted and his #33 jersey was retired.  And to think that the coal miner from Pittsburgh, who didn't have two cents to rub together, would end up on a baseball card worth 3 million dollars! 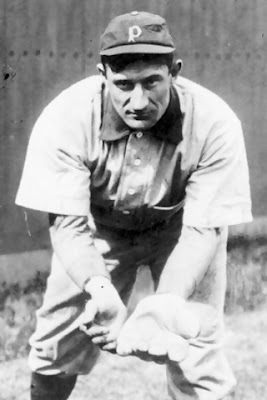