University of Naples students did a study on the underground network of caves beneath their city.  They discovered 900 caves, but estimated that they had only discovered a third of them.  They discovered skeletal remains and found out that centuries ago the caves were used to house the victims of epidemics.  The students also found out that the caves were used as aqueducts and waste dumps.  They served as meeting places for religious groups as well.  But what might have been the highest purpose for the caves came during the Allied bombings of World War II. 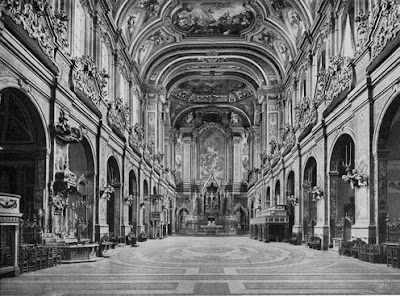 Before the war, Neapolitans enjoyed a city full of culture, cuisine and "chiese" (church).  Art treasures were tucked away in the city's galleries. Naples was the birthplace of famous Italian dishes like pizza and canneloni.  Residents would compete in an annual Spaghetti eating contest.  Food was an integral part of their daily lives.  Church was also an important part of their existence.  Many attended the famous Church of Santa Chiara to partake in mass.

But during World War II everything changed.  Food became scarce and Neapolitans were forced to scavenge and steal scraps to survive.  The black market thrived; prices were exorbitant as a mere bottle of olive oil cost a month's wages.  Long queues formed for something as basic as water. 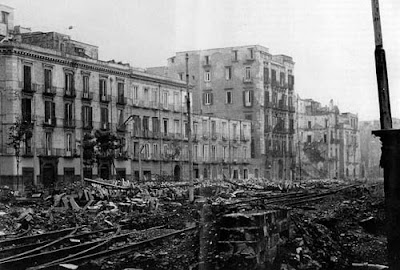 
With the German occupation, the Nazis gave the order to round up 30,000 of Naples' men to be deported to labour camps.  Many protested during a four-day resistance ("Quattro Giornale di Napoli") that drove the Nazis out of the city.  But with no respite, the Neapolitans were intensely bombed by the Allies in September of 1943.  Citizens sought shelter in the 900 caves underneath the city as well as hillside caves outside the metropolis.  In each "grotto" families set up makeshift rooms where they would hang blankets to create a bedroom.  They set up makeshift stoves.  They hung makeshift clotheslines.  They even decorated the walls with sketches (World War II bombers).  Neapolitans did whatever they could to make the caves comfortable and homey. 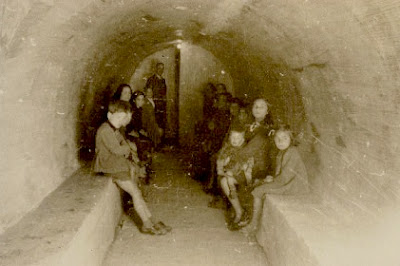 
In the end, 20,000 Neapolitans were killed and 10,000 were rendered homeless during the 200 air raids over their city.  Naples would go down in history as the most heavily bombed city in Italy.  However, its citizens never gave up.  And the caves played a big part in their survival. 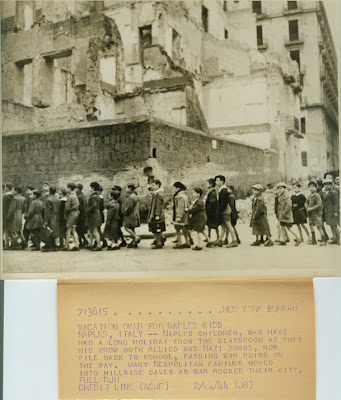