How the Berenstain Bears Got Their Name 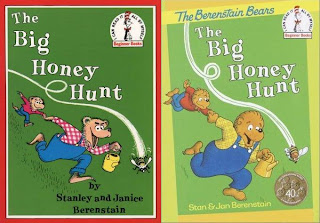 Everyone has read the Berenstain Bears books with Papa Bear in his trademark overalls, Mama Bear in her blue dress with white polka dots, Brother Bear in blue overalls and red shirt, and Sister Bear in her pink overalls and bow.  However, few of us know how the Berenstain Bears got their name.  I assumed that the authors chose it; however, it was another author named Theodor Geisel, otherwise known as Dr. Seuss.

Theodor Geisel had his first book published in 1957 called To Think That I Saw It On Mulberry Street by Random House publishing (see my blog "From Madison Ave. to Mulberry St." dated April 29, 2012).  He continued to write books, but he also became an editor at Random House.  Phyllis Cerf, another editor, connected him with two of his early clients, Stanley & Janice Berenstain.  The artistic couple soon discovered that Mr. Geisel was just like one of his book characters, The Cat in the Hat:  as an editor, he was "charming, courtly and congenial" but also "demanding, dismissive and downright difficult".

The first manuscript they presented him was published in 1962 as The Big Honey Hunt under the Beginner Books division.  However, Theodor Geisel suggested that everyone was writing about bears (Yogi Bear, Smokey Bear, The Three Bears, the Chicago Bears) and he proposed that they write their second book about another animal.  The Berenstain's chose a penguin; however, in the middle of writing it, Mr. Geisel phoned them to say that the Bears were selling like hotcakes.  The sequel, titled The Bike Lesson, was published as The Berenstain Bears, at the suggestion of Theodor.  The "master of rhymes" also shortened the authors' names to Stan & Jan without consulting them, although the change seemed workable.

The Berenstain's continued to pump out books.  In 1974, Sister Bear was added to the series in the edition The Berenstain Bears' New Baby.  In the 1970's and 1980's, the couple made some television specials starring the Bears.  In 2000, Honey Bear was added in the edition The Birds, The Bees and the Berenstain Bears, her name having been chosen by a fan.  In 2003, the PBS television series debuted.  Today there are almost 500 titles in the collection, written in 23 languages.  Stan Berenstain passed away in 2005, but his son Mike joined his wife in writing new titles, many of which have Christian themes like The Berenstain Bears and the Golden Rule.  Son Leo is involved in the business end of the franchise.  Jan passed away this past February.

For more information, read the Berenstain's autobiography Down a Sunny Dirt Road (2002). 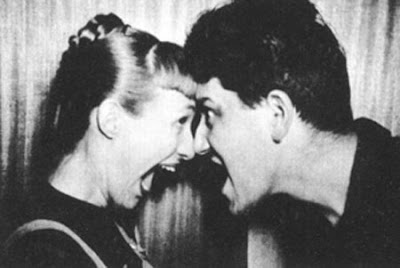