Every spring we get ants in our driveway which eventually come into our house.  Here are ten things you didn’t know about ants: 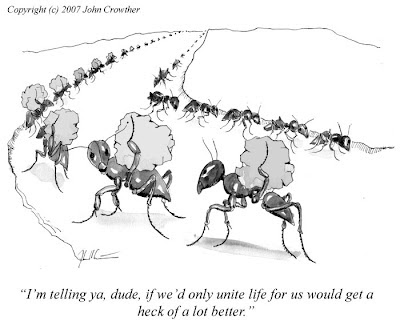