On this day in 1926, New York Yankees player Babe Ruth hit the longest homerun in history.  It flew over Detroit's Navin Field fence hitting an automobile, then rolled over several other cars, landing two blocks away on Plum Street, with a mob of kids in hot pursuit.  Experts estimated the baseball travelled 626 feet in the air and landed 885 feet from homeplate.

Although 1926 was a pivotal year for Babe Ruth, the year 1923 was even more important as the baseball legend set three records:  the most homeruns, the highest batting average and the most strikeouts.  He was the homerun-strikeout king:  what an oxymoron!

The baseball legend proved, however, that if we want to succeed in life, we have to be willing to stick our necks out.  Too often, we fail because we don't even try.  We hold back.  We don't give our outmost.  And the result is mediocrity at best.  If we study the great figures in history, we see people who were striving for success, but who did not fear failure.

As blogger Benny says "There is no success without failure."  Here are some great men in history who achieved success despite their past struggles:


1.  Colonel Sanders was rejected several times before he sold his fried chicken franchise.

2.  Walt Disney was fired by a news editor for "lack of imagination".  He was turned down 302 times before he secured financing for Disney World.

3.  Albert Einstein did not speak until he was 4 years old, and did not read until he was 7, but went on to win the Nobel Prize.

4.  Vincent Van Gogh, who painted over 800 pieces in his lifetime, only sold one.  However, now his most valuable painting is worth over $142 million.

5.  Stephen King threw his manuscript for Carrie in the garbage can after it was rejected 30 times.  Now the book has sold more than 350 million copies.

6.  Stephen Spielberg was denied twice at University of Southern California film school and thus attended Cal State instead.  In 1994 he received an honourary degree from the former and is now worth $2.7 billion.

7.  Thomas Edison failed thousands of times in his laboratory.  In fact, he failed 1000 times during the invention of the lightbulb.  However, he called the invention a "1000 step process".

8.  Winston Churchill, wartime Prime Minister of Great Britain, failed sixth grade, was defeated in every election for public office and yet was elected Prime Minister at the age of 62.  "Never give up" was his motto.  His "We shall fight on the beaches" type speeches led the nation through World War II.

9.  Robert Goddard, the inventor of the rocket, found his ideas rejected by his scientific peers as they thought that rocket propulsion would not work in the "rarified" atmosphere of space.

10.  Michael Jordan, the NBA retiree, was cut from his high school basketball team.  He has missed 9000 shots and lost 300 games.  And yet many consider him to be the greatest player of all time.


If at first you don't succeed, try and try again! 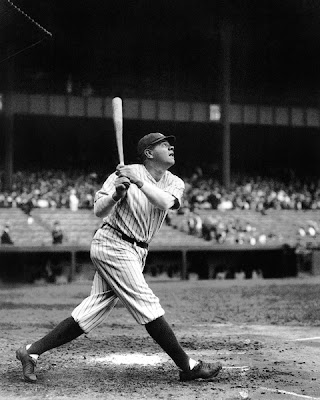