On October 30, 1945, shoe rationing ended in the United States.  But for Europe, rationing continued for a few years.  Many Europeans suffered from starvation and disease.  One American couple made it their cause to improve the lot of the Europeans.  Their granddaughter found traces of their experience in a dusty box in the attic once they passed away.  Here is their story.

Fran and Frederick Hamerstrom were Americans of German descent; both were ornithologists.  They formed a close connection with fellow scientists in Europe.  After World War II ended, the couple received a letter from a German ornithologist describing the plight of his countrymen.  Many were starving and dying of disease.  Food and clothing were rationed; many Germans needed shoes.

Mrs. Hamerstrom offered her help and started receiving foot tracings which she would try to match with a recycled pair of shoes.  Many enveloppes would contain several pairs of tracings.  Sadly, one mother wrote about her family of five, but explained that only one child was still living as the rest had starved.  She made a point of adding:  "Anything you could send would be helpful."

Fran Hamerstrom called on the help of other ornithologists and biologists to help her with her cause, forming the "Committee for the Relief of European Ornithologists".  The care packages grew in number and size as more items were added:  soap, candles, toys, sweets and socks.  One mother wrote about her child who had a swollen belly due to malnutrition and had almost died of typhus.  She was so happy to received a package with peanut butter, something she had never eaten before, but that was full of fat, something they desperately needed.

While most of the letters had a tone of desperation, they also had a note of gratitude.  One German wrote:  "I am so thankful for it because since 1939 we had scarcely buy  anything and since 1945 we could nothing get here."  Ironically, once the war ended, it was out of the frying pan into the fire for many Europeans as they struggled to climb out of the rubble.

The American scientists not only gave of their time and their possessions, but also jeopardized their reputations in aiding their former enemy.  Later they helped other Europeans struggling to recover from the war.  Sadly, Fran Hamerstrom was not able to help someone near and dear to her heart, her childhood governess named Frauta, who had moved back to Germany before the war.  Her care package arrived on the heels of her death.

However, it is heartwarming to hear of the hundreds of individuals who had shoes on their feet and food in their bellies all thanks to the kindness of the Hamerstrom's and their colleagues. 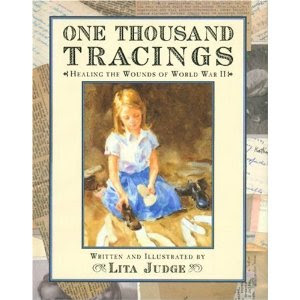