Here are ten of the most spectacular places in Canada to view fall foliage.

Check out Banff or Lake Louise to see beautiful scenes of nature.

The Laurentian Mountains are breathtaking at this time of year. 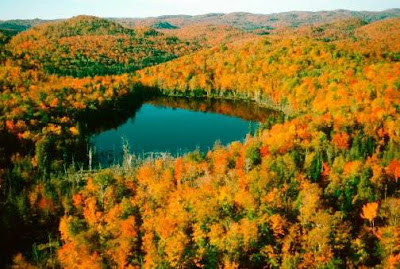 The Cabot trail is reputed to be one of the world's most beautiful drives.  It winds around the northern shore of Nova Scotia.

Made famous in paintings by the Group of Seven, this park features 7900 square kilometres of fall foliage. 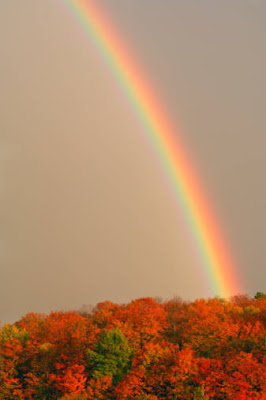 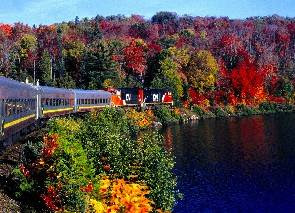 VIA Rail offers a six day trip east from Toronto to Montreal to Quebec City to Halifax.  Enjoy the fall colours as you relax on the train.

Following the winding Niagara Parkway from Queenston along the Niagara River to Niagara Falls.  According to Sir Winston Churchill it is "one of the prettiest Sunday afternoon drives".  While you're in Queenston, you could check out the celebrations for the 200th anniversary of the War of 1812 this weekend.

Take a hike along the Bruce Trail, an 800 kilometre route full of fall foliage.  Some of the trees are 1000 years old.

Becauase of the moderating effect of the ocean, the island experiences warmer than usual temperatures in the fall, making the colourful leaves hang on to the trees a little longer.

Following the Fundy Coastal drive to see some of the highest tides in the world.  The foliage is similar to that found in New England, but without the crowds. 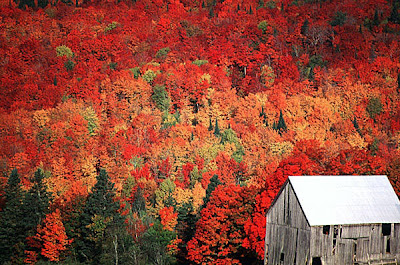