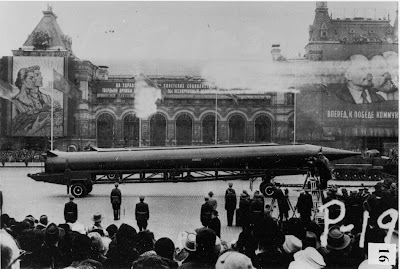 It was 50 years ago today when the Soviet Union and the United States came to the brink of World War III.  It was a 13 day confrontation between the two superpowers that almost ended in nuclear war, potentially killing 100 million Americans and over 1000 million Russians.  However, it was all averted, thanks in part to the diplomacy of Robert F. Kennedy.

The Cuban Missile Crisis came on the heels of the Bay of Pigs Invasion of April 1961 in which CIA trained guerrillas landed on the beaches of Cuba and tried to overthrow Castro's Communist government.  Although the mission failed, the Soviets did not take lightly to the incident and felt threatened by the American presence in the Caribbean.

The crisis also came on the heels of the building of the Berlin Wall in August of 1961.  Kennedy saw the building of Soviet missiles in the Western Hemisphere as a potential "showdown on Berlin".

This all hit too close to home when, on October 14, 1962, the American air force took photos of missiles being built in Cuba with the capability of striking the United States.  President John F. Kennedy debated for a week what to do.  Should he do nothing?  Should he negotiate?  Or should he attack Cuba?  Kennedy's Joint Chiefs of Staff were strongly in favour of the latter.  However, the President did not want to start World War III.  He ordered a naval blockade in the Caribbean, forcing the Soviet ships back so they could not complete their missile building.

In the meantime, JFK went on the air and announced to the public about the missile crisis.  Given it was less than 17 years since World War II, some Americans immediately started building fallout shelters in their backyards.  Others rushed out to the grocery store to buy bread and milk.  Still others phoned the local defence department asking questions.    Even so, experts state that it cannot be overemphasized how close the world was to war. 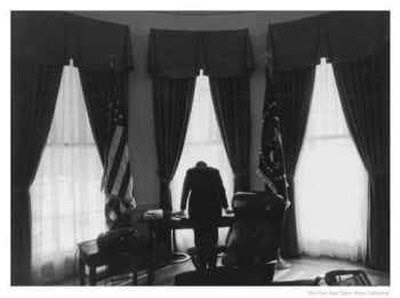 On October 26, President Kennedy received a letter from Premier Khrushchev suggesting that the Soviets would dismantle weapons in Cuba and return them to the Soviet Union in exchange for America promising to never invade Cuba.  While Kennedy pondered this offer with his Chiefs of Staff, Khrushchev sent a second letter, this time suggesting that the Soviets would dismantle their missiles in Cuba in exchange for the Americans dismantling their missiles in Turkey and Italy.

John F. Kennedy was in a quandary:  should he accept the second letter even though he preferred the first?  He turned to his brother, Secretary of State Robert F. Kennedy, who suggested that he respond to the first letter pretending that he had not received the second.  The President took his advice and it worked!  The Soviet Union dismantled their missiles and sent them back to the Soviet Union on eight ships.  The Americans ended the naval blockade on November 20.  By September of 1963, American weapons in Italy and Turkey were de-activated.

As a result of the Cuban Missile Crisis, a Moscow-Washington hotline was set up.  And the world breathed a sigh of relief. 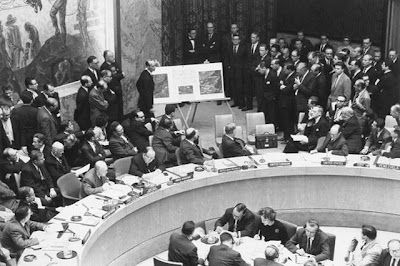