The Journey That Saved Curious George

It was a manuscript called "The Adventures of Fifi" based on the life of a little monkey.  Not even a world war would stop its publication.  It had a long journey to America:  a 133-kilometre bike ride, a long train ride, and two long boat rides.  But it made it in one piece and now is available for everyone to enjoy as Curious George. 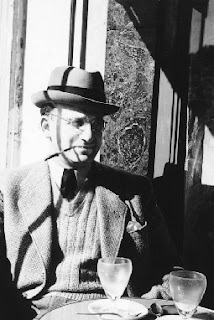 Hans Augusto Reyersbach, born and raised in Hamburg, Germany, loved to draw.  He would sketch the animals at the zoo and the horses in the park.  He fought in World War I and returned to his hometown.  In the mid-1920's, he moved to Rio de Janeiro, Brazil where he donned a large yellow hat and sailed up and down the Amazon River, sketching and photographing monkeys and other wildlife. 
An acquaintance of Hans' named Margarete Waldstein also grew up in Hamburg.  She, too, dreamed of being an artist, attending Germany's famous Bauhaus School.  In 1935, she followed Hans to Rio de Janeiro where the two spent months sketching and photographing.  Later that year, they married.

In 1936, the young couple moved back to Europe, this time to Paris, France.  They were both Jewish and wanted to avoid Germany due to Hitler's anti-Semetic laws.  They set up a cozy home in an apartment at the Terrass Hotel.  The couple would sketch the fishermen on the River Seine, the booksellers on the quay and the animals at the zoo.


Paris is where the Reyersbach's started writing their children's books.  The late 1930's was a difficult time to get a book published:  typesetters had joined the army, paper was scarce and the laws were strict (propaganda).  Nevertheless, the artists-turned-authors managed to get an advance from a Paris Publisher for three manuscripts including "The Adventures of Fifi".

However, while their manuscript was being typed, World War II was brewing.  News spread quickly that the Nazis were "goosestepping" their way across France.  Paris filled with refugees from the north:  Belgian farm carts and horses passed Dutch cars with mattresses tied to the roofs; taxis, trucks and green city busses whizzed by the Reyersbach's window.  It was time for the couple to join the ranks of the two million refugees. 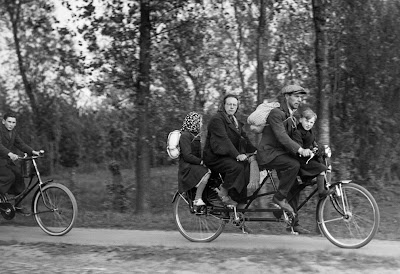 Hans made several trips to government agencies to get their passports in order.  THUMP!  THUMP!  He also tried to purchase train tickets out of the French capital but the trains were no longer running.  Hans purchased a tandem bicycle, but he and Margarete tried to pedal it on Paris' cobblestone streets but "sans succes".  He returned the bike, bought spare bicycle parts for 1600 francs, and assembled two separate bikes.  He also bought four large baskets, two to hold bread, cheese and meat, and two to hold clothes and their precious manuscripts.


Finally, the Reyersbach's were ready for their journey.  Under the drone of the German scout planes, they left the Terrass Hotel and pedalled through the streets of Paris, part of the largest motorized evacuation in history.  As rain pattered their bicycles, Hans was relieved that their manuscript was clean and dry under his winter coat inside one of the baskets.  The first day, they rode 48 kilometres.  A gracious farmer's wife offered them shelter in her house on that first night.  On the second day, they rode 26 kilometres and were offered a spot to rest their weary limbs in a farmer's stable.  On the third day, they pedalled 32 kilometres.  They reached Etampes, France not a moment too soon for it was bombed only two days later. 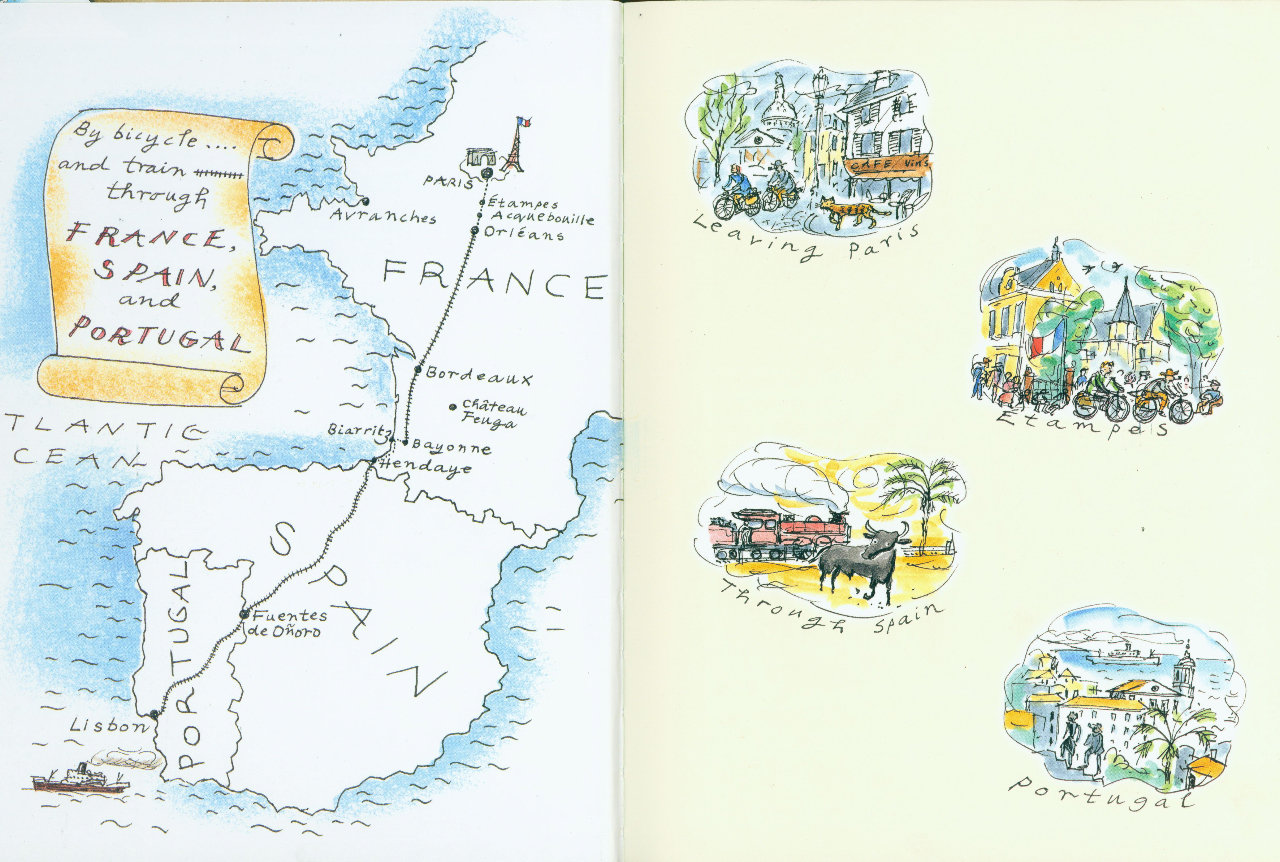 At Orleans, they boarded a train with their bicycles which steamed south to Bayonne as they stretched their weary limbs.  They disembarked at Bayonne and remounted their bikes bound for Hendaye.  There, they caught a second train, this one headed through Spain to Portugal.  Hans sold their "bicyclettes" for 650 francs at the train station, money that would come in handy soon.

At Lisbon, they bought tickets for a trans-Atlantic passage to South America.  One official thought Hans might be a spy, given his attire and his briefcase.  However, all was well once he opened the case and revealed his "livre pour les enfants".  The Reyersbach's boarded a ship named "Angola" which safely took them across the Atlantic to Brazil.  They waited two months for their papers to be in order.  THUMP!  THUMP!

Finally, in October of 1940, four months after they pedalled out of wartime Paris, they sailed into peacetime New York, with the Statue of Liberty in full view.  Only a year later, the former Fifi landed on American bookshelves as Curious George.  And the Reyersbach's became the Rey's.  What a journey for the little monkey and the man with the yellow hat! 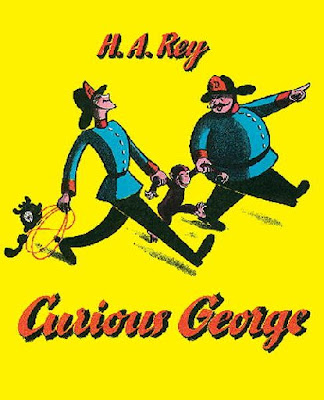 Source:  The Journey that Saved Curious George by Louise Borden.