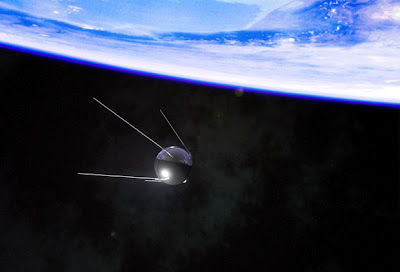 
It was on this day in 1957 that the Soviets launched Sputnik into space.  Here are ten things you may not know about Sputnik.

1.  It was the first manmade satellite in space.

4.  According to the New York Times, Sputnik means "something that is travelling with a traveller.

5.  It orbitted the earth for 98 minutes, flying over the United States seven times.

6.  Sputnik contained a radio transmitter which emitted a "beep, beep, beep" for 23 days until its battery died out.

7.  The satellite orbitted in space until January 4, 1958 when it burned up returning into the atmosphere.

8.  Sptunik 2, weighing 1100 pounds, carried a dog named Laika.  Sadly, they had no plan to retrieve the dog which died in space.

9.  Americans were caught off guard.  They wondered if the Soviets had missiles capable of targetting the U.S.  Would the Americans ever be able to catch up with the Soviets in the space race? 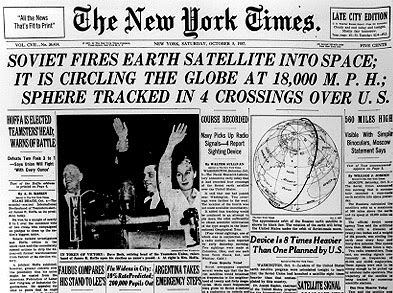