The Tragedy of the Unopened Gift


To sinful patterns of behavior that never get confronted and changed,
Abilities and gifts that never get cultivated and deployed,
Until weeks become months
And months turn into years
And one day you're looking back to a life of
Deep, intimate, gut-wrenchingly honest conversations you never had;
Great bold prayers you never prayed,
Exhilarating risks you never took,
Sacrificial gifts you never offered,
Lives you never touched,
And you're sitting in a recliner with a shriveled soul,
And forgotten dreams, and you realize there was a world of desperate need,
And a great God calling you to be part of something bigger than yourself-
You see the person you could have become but did not;
You never followed your calling.
You never got out of the boat.
Gregg Levoy


Today at our church's Coffee Break we watched a Bible Study video called "How Can You Walk on Water If You Don't Get out of the Boat?".  We talked about how God gives all of us talents and how we need to recognize them and use them to God's glory.  Unused gifts are like an unopened present; they're of no use to anyone.

I mentioned how often Olympic athletes excell not only at their Olympic discipline, but also at other areas of their life.  For instance, Syl Apps from Paris, Ontario was an excellent hockey player for the Toronto Maple Leafs in their heyday.  However, previous to his NHL career, he was an Olympic pole vaulter  (he placed 6th at the 1936 Berlin Games).  Similarly, Clara Hughes was a cyclist at the London Olympics this past summer.  However, she was also a multiple medal winner at the Winter Games as a speed skater.  Remember the two-time Olympic silver medalist, Elvis Stojko?  He also holds a black belt in karate.

Now, you may say that the gift these people have is that they are all excellent athletes.  However, I am sure that if you delve deeper into their lives, you will find that they exhibit non-athletic talents as well.  For instance, remember the Olympic rower Silken Laumann who was in a rowing accident that left her with a nasty tear in her leg just ten weeks before the 1992 Olympics in Barcelona (she was the gold medal favourite)?  Well, she dug deep and between excellent surgeons, excellent therapists, hard work and faith, Silken Laumann not only rowed at Barcelona, but won a bronze medal.  Now, she is an entrepreneur, running several successful fitness centres (McFit, now Fit4Less).

What is the common denominator that all of these athletes have?  I believe it is faith and hard work.  Even when they fail, they are willing to pull their socks up and try again.  Each time they put themselves out there, they are rewarded tenfold.  They are willing to take the risk for they know that if they don't, they will achieve nothing.

At today's Bible study we read about "The Parable of the Talents" in which a master gave each of servants talents.  Servant number 1 received 5 talents (5000 gold coins) which he invested.  Servant number 2 received 2 which he also invested.  Servant number 3 received 1 which he buried.  The first servant doubled his earnings.  The master said;  "Well done my good and faithful servant" and rewarded him with more authority.  The second servant also doubled his earnings.  He was rewarded just as the first one was.  The third servant had nothing more to add to his gift.  The master chastised him and took away his initial talent, giving it to the first servant. 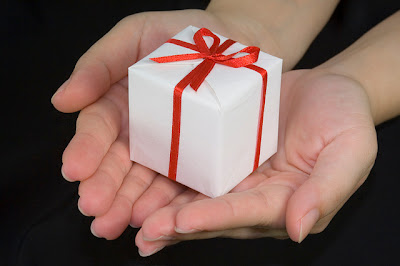