The Springhill Mine Disaster 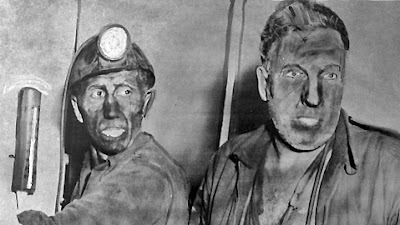 
Springhill, Nova Scotia's Cumberland Mine saw three tragedies in its lifetime:  in 1891, it faced a fire; in 1956 it endured an explosion; and in 1958, it suffered a bump, similar to a small earthquake.

Springhill is a small town of about 3500 residents located in northern Nova Scotia.  The Cumberland Mine, at 13000 feet, was the biggest and deepest mine in North America at the time.  Always known as a dangerous mine, it had killed an average of nine men per year since it openede.  On October 23, 1958, a bump was felt by the miners at 7 pm but it was ignored since this had happened several times before.  However, a second much bigger bump was felt as much as 15 miles away at 8 pm.  One hundred and seventy-four miners were trapped below the surface.  And the world waited.  The disaster was the first international event to be covered on live television.  Some suspect that the complete removal of the coal from the bedrock might have intiated the bump.  Dragaermen tried desperately to free the miners.  The Canadian Air Force was brought it to help with the rescue effort.  Emergency kitchens were erected to serve the rescuers.  Premier Robert Stanfield visited the site as did Prince Phillip.  In what was considered a miracle, rescuers brought up 100 survivors over the course of five and a half days.  However, 74 miners perished 13000 feet below the earth's surface.  Families were devastated.  The mine closed permanently.  A song was written called "The Ballad of springhill".  A book was penned called "Miracle at Springhill" by Leonar Lerner in 1960. 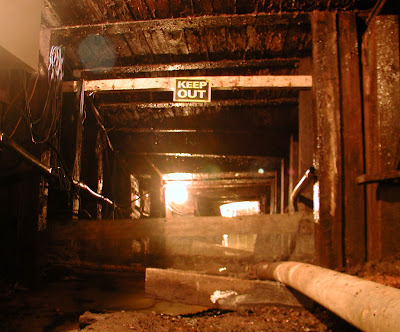 Visit the CBC website for more information:  http://www.cbc.ca/archives/categories/economy-business/natural-resources/springhill-mining-disasters/more-blood-on-the-coal-in-58.html
Posted by Linda at 11:04