"When I go into a neighborhood, I look for the flash of color -- a geranium in a coffee can, a window box set against the scaling side of a tenement, a border of roses struggling in a tiny patch of open ground.  Where flowers bloom, so does hope -- and hope is the precious, indispensable ingredient without which the war on poverty can never be won." (Lady Bird Johnson)


Since Earth Day falls in the month of April, I thought I would blog about Lady Bird Johnson's Beautification Project.  Mrs. Johnson first took on the role of First Lady in the 1960's at a time of urban renewal.  She pointed out that 75% of the American population lived on 1% of the land.  The nation's cities were not only crowded but also run down, particularly, Washington D.C., the nation's capital.  Lady Bird maintained that there should be a way for the natural and man-made components of the city could live in harmony.  She believed that the nation's physical beauty affected the nation's psyche.

Lady Bird started with a grassy triangle of land at the corner of 3rd and Independence Ave where she broke land and planted the first azalea in March of 1965.  The First Lady relied heavily on donations from private donors including $100,000 from the Rockefeller Foundation, 10,000 azaleas, 4,000 cherry trees along with dogwoods and daffodils.

Lady Bird's goal was to create "functional, attractive surroundings", for a more beautiful Capital.  She took a cruise down the Potomac River to spot areas of concern.  Hains Point received attention as many cherry trees were planted there.  The First Lady took a ferry to Columbia Island, in the middle of the Potomac, for a daffodil bulb planting ceremony.  She hosted a planting at the White House for Arbor Day.


Lady Bird's efforts didn't just pertain to the flowers and trees, but also the buildings or lack thereof.  Farrell School was a drab, two story building with broken windows.  She championed an effort to get a playground for the children.  Buchanan School soon received a similar playground.

In an effort to attract more people to the downtown, the First Lady suggested that F Street be transformed into a shopping mall, one of two malls to be built. 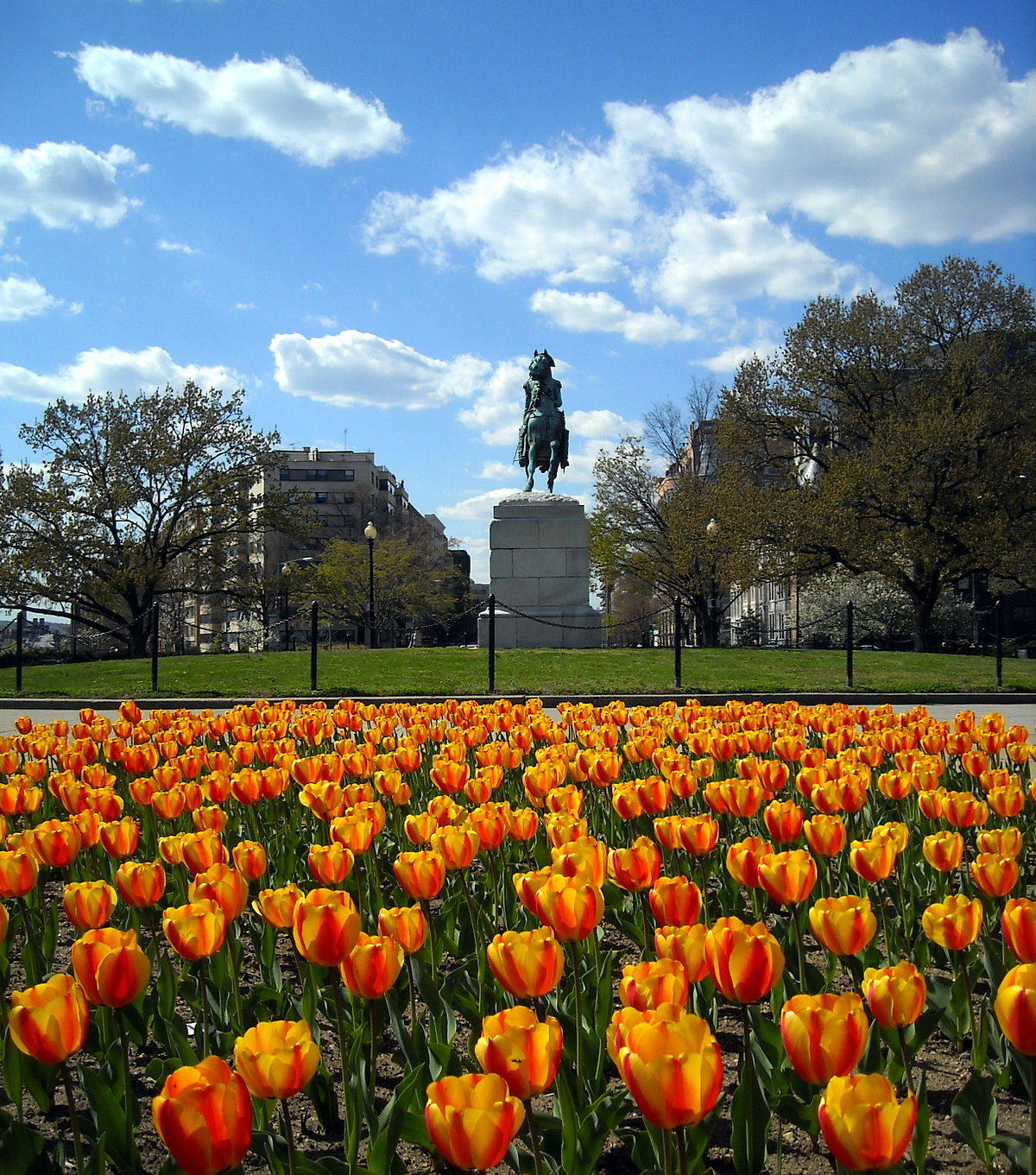 
The First Lady was concerned about Washington's ghettos:  the urban decay, the graffiti, the garbage, the rats.  She enlisted youth to clean up the Shaw section of the capital which led to the formation of Project Pride, a group of Harvard University students and high school students to clean up other cities.

In May 1966 Lady Bird was front and centre at the White House Conference on Natural Beauty which encouraged conservation and anti litter campaigns.  Just before Lyndon Johnson left office, Columbia Island in the Potomac was renamed Lady Bird Johnson Island.  The First Lady's efforts, part of the "Keep America Beautiful" campaign, would bloom for years to come.


For more information, watch Showcase for the Nation:  The Beautification Project at https://www.youtube.com/watch?v=Cd2t2MsOMnc.