George Bannerman Dealey, a Dallas businessman who founded The Dallas Morning News, was concerned about his "dirty city".  In 1899, he made it his priority to clean up the city.  He started small by placing Dallas' first garbage can outside the editorial offices at Commerce and Lamar Streets.  He formed a committee to look into the beautification of the city.   He recruited landscape architect George Kessler to redesign the city.  Kessler's city plan, laid out in 1909, resulted in Union Station, White Rock Lake Park, North Central Expressway and Turtle Creek Boulevard.  Industrial Boulevard was built to connect the viaducts.  "The stage was set for the birth of Dealey Plaza." (https://www.dallasnews.com/news/downtown-dallas/2013/04/06/history-was-made-at-dealey-plaza-long-before-the-jfk-assassination)

Although the land for the plaza was purchased during the Great Depression, Dallas was experiencing an economic upswing thanks to the East Texas Oil Boom.  Dealey Plaza would serve as a formal entrance to downtown Dallas, showing off its wealth and opulence.  The suggestion to name the Plaza after George Dealey was well received by his son, Ted.  However, Dealey himself did not like the idea, preferring to live outside the spotlight.

The Dallas newspaperman would rise everyday to a breakfast of one egg, one piece of toast and one cup of coffee, followed by a 20 minute horseback ride along Turtle Creek.  Teetotaler Dealey even insisted that a formal dinner for President Taft include Apollinaris spring water rather than liquor.  He founded the Children's Hospital and the city's first welfare organization, the type of man to focus on the needs of others rather than himself.   While other publishers such as William Randolph Hearst sought political office, Dealey restricted his views to his newspaper.  As one biographer explained:  "To suggest power was enough for Dealey." 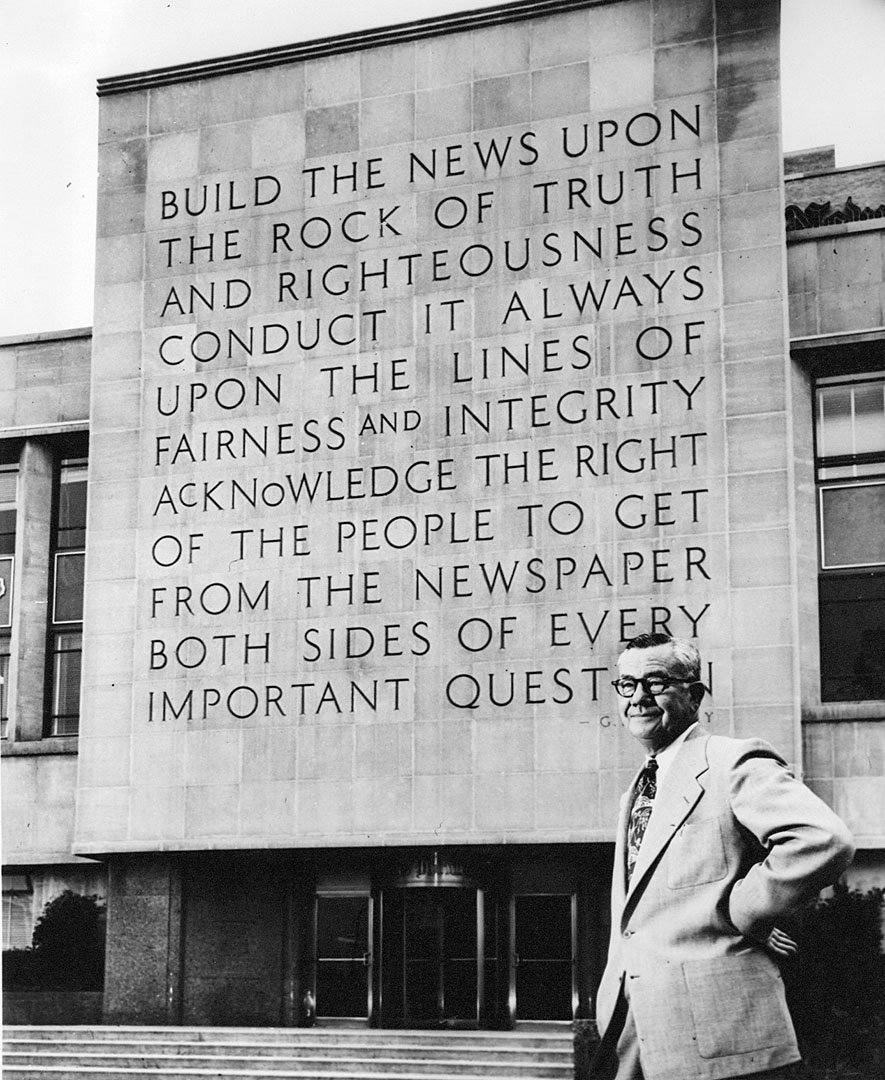 
It was only at his son's insistence that Dealey agreed to give the park his name.  Dealey Plaza, completed in 1936, featured pergolas and fountains and a statue of its namesake, not erected until three years after his death in 1949.  For years the area, rather than being known as Dealey Plaza, was called the Triple Underpass.  While at first a portal to downtown, with the building of freeways around the downtown, fewer motorists were passing by the Plaza.  By 1963, Dealey's Plaza most distinct feature was the Hertz billboard atop the Texas School Book Depository, a building that was about to achieve immortality. 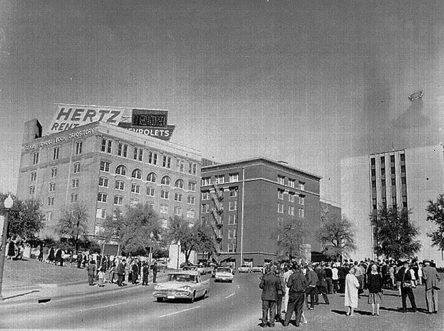 It was on November 22, 1963 that shots were fired only two stories below the Hertz billboard, shots that would kill President John F. Kennedy en route in a motorcade, shots that would leave the world in shock. (http://alinefromlinda.blogspot.ca/2011/11/welcome-to-dallas-mr-kennedy.html).  The very next morning, Dealey Plaza became the site of flowers, cards and memorials given to the slain president.

A debate soon got underway as to whether or not the Texas Book Depository should be torn down.  City commissioners, who purchased the building in 1976, guaranteed its preservation.  It was George Dealey's grandson, Joe M. Dealey, who pushed for the sixth floor museum in the Depository, the location of Lee Harvey Oswald at the time of the shooting.  The museum, which opened in 1989, attracts 300,000 visitors a year.


Yet the assassination still haunted Dealey's descendants.  "It pained Joe [Dealey] and Jimmy [Moroney Jr.] and my father and their siblings and cousins that this happened in a place named after a man they respected and loved."  Another descendant, Robert Decherd, was concerned to see how Dealey Plaza deteriorated in the years following JFK's assassination.  With people hawking their wares, it took on a carnival like atmosphere, not at all the intention of the park's creator.

Olivers Stone's movie JFK, filmed in Dealey Plaza in 1991, rekindled interest in the area.  People would walk along the grassy knoll where spectators once fell to the ground when shots rang out in 1963.  However, the parade of tourists helped to fray the park's landscaping which was already in a state of disrepair. 
With the approaching of the 50th anniversary of JFK's assassination, concern grew about the state of Dealey Plaza.  Judith Segura, President of the Belo Foundation, fundraised $1.6 million to upgrade the Plaza, half from the city and half from private donations (mostly Dealey descendants).  The Plaza's lawns, shrubbery, fountains and pergolas, would be restored to their former glory.  As Segura explained:  "If the attention of the world is once again to be focussed on Dealey Plaza, the park should look its best."
Posted by Unknown at 06:56