"One of the most distinctive civic centers in the nation and indeed the world." (President Taft)


Springfield City Hall, built in the 1800's, had to be rebuilt in 1905 because of a monkey who overturned a kerosene lamp which started a fire.  Its front resembles the Parthenon, right beside another Parthenon like building, while in between the two Greek structures is a 14 foot diameter clock which plays Handel's Messiah. 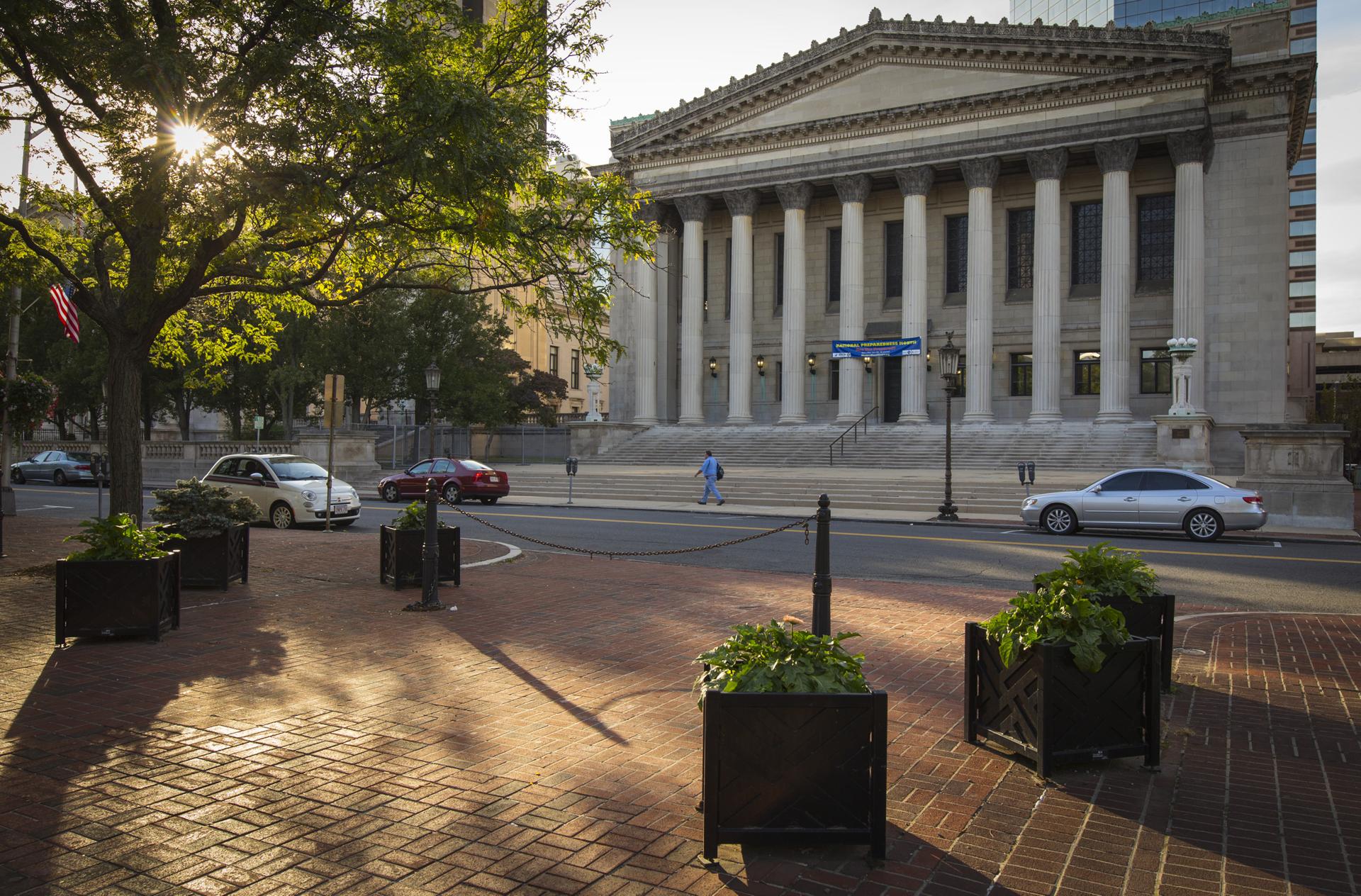 
The Symphony Hall, known for its superb acoustics, is the other Parthenon.  Opened in 1913, it was originally known as The Auditorium until the 1940's.  Besides hosting the Springfield Symphony, it is home to Broadway style theatre and children's programming.

Springfield Library, which opened in 1910, was the result of a grant from philanthropist Andrew Carnegie as well as $150,000 in private donations from private citizens.  Designers for the building chose a Italian Renaissance Revival style.  The building has a granite base surrounded by white Vermont marble and white terra cotta and topped with a green tile roof.  A frieze depicting horses and riders inspired by bas relief design on the Parthenon is enhances the entry leading to the Rotunda. 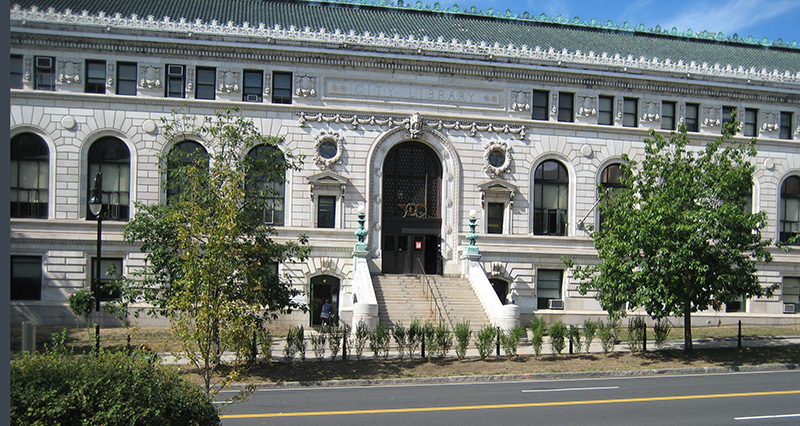