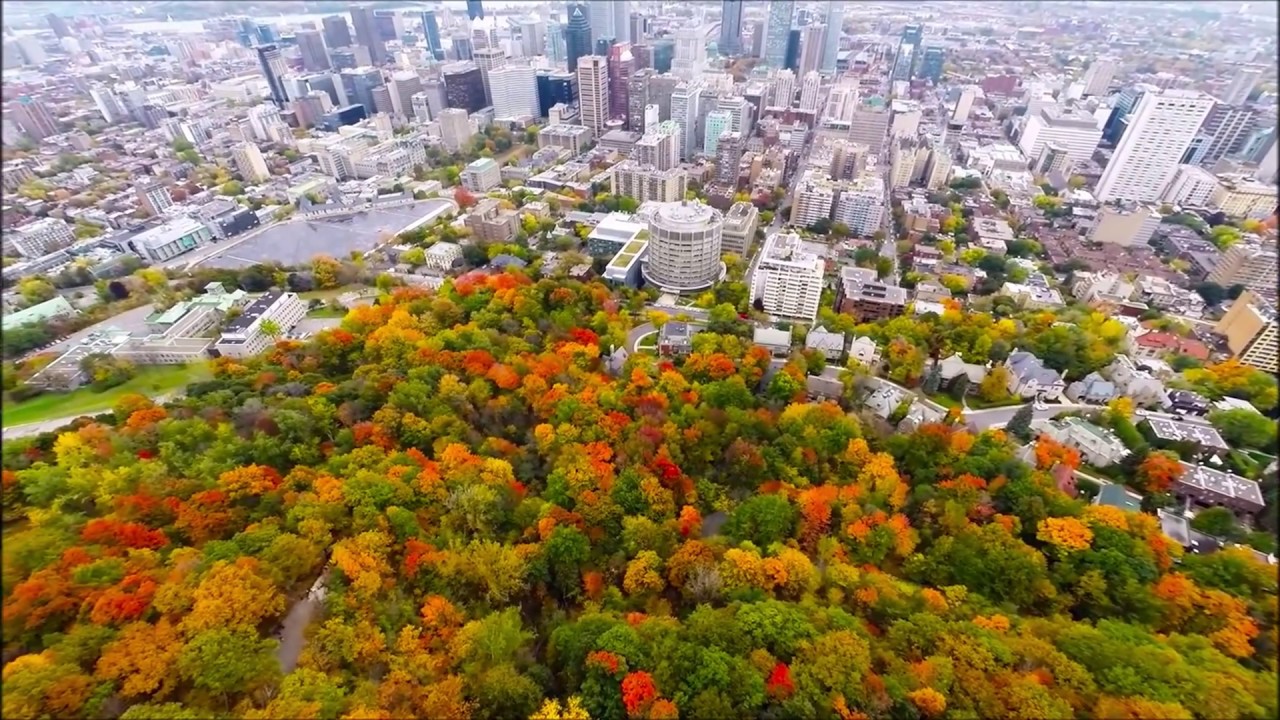 Mont Royal is a dormant volcano that sits in the Montregian Hills, a chain running between the Appalachians and the Laurentians.  The hill consists of three peaks, Colline de la Croix, or Mont Royal, Colline d'Outremont, or Mount Murray and Westmount Summit.  The mountain was created when the North AMerican Plate moved westward over the New England area, along with the other mountains of the Montregian Hills, creating a volcanic complex active about 125 million years ago. The first European to scale Mont Royal, the explorer Jacques Cartier, named it after Francis I of France.

Frederick Law Olmsted, the designer of New York City's Central Park, also mapped out Mont Royal Park in 1876.  He patterned the park's design after the mountainous topography:  shade trees at the bottom of the park resembled a valley; further up the trees became more sparse to make it look like the side of a mountain; a reservoir, planned for the top of the mountain was never built due to a depression.

The park features two belevederes, including Kondiaronk Belevedere, is a semi circular plaza with a chalet overlooking downtown Montreal.  Other highlights of the park include:

The forest has been damaged by both Mayor Drapeau's morality cuts (to prevent anyone from having sex in the bushes) and the Ice Storm of 1998.  The forest, which rises above Montreal, is particularly beautiful in autumn.

From 1885 to 1920, the Mont Royal Funicular Railway transported people to its peak; later Montreal's Number 11 streetcar took over the route.  A roadway now bisects the mountain named after former Mayor Camillien Houde who was jailed during the Second World War for his opposition to the war effort.

https://en.wikipedia.org/wiki/Mount_Royal#/media/File:Montreal_Funicular_Railway_postcard.jpg
Posted by Unknown at 12:43