Ireland's Shamrock Business: It All Started with a Workshop

"So a few of us got together and formed a company to license the technology that came from University College Dublin -- and the rest is history." (James O'Leary)

Twenty years ago, a group of Irish farmers attended a workshop on how to grow shamrocks in gel and the modern shamrock business was born.  For decades, the shamrock, a three-leafed plant  used by St. Patrick to demonstrate the Trinity, had grown in muddy glens. When they were pulled out of the soil, their roots were lost, thereby limiting their life.  However, the workshop taught the farmers how to grow shamrocks in a hydroponic gel, thereby leaving the root intact and lengthening the life of the plant.

The shamrocks sell for about 10 Euros per plant or 45 Euros for a skillet full.  Irish Plant International produces over 130,000 shamrock plants annually. While 4/5 of Ireland's shamrock plants stay on the Emerald Isle, the other 1/5 is shipped all over the world for St. Patrick's Day including places as far flung as Texas, Chile and Argentina.  Shamrock lapels are worn for weddings and other special occasions.  In a nod to his Irish roots, former president Barack Obama was given a vase of Shamrocks on St. Patrick's Day this year.

For more information about the St. Patrick and the shamrock, visit http://alinefromlinda.blogspot.ca/2017/03/st-patrick-kidnapped-by-pirates.html. 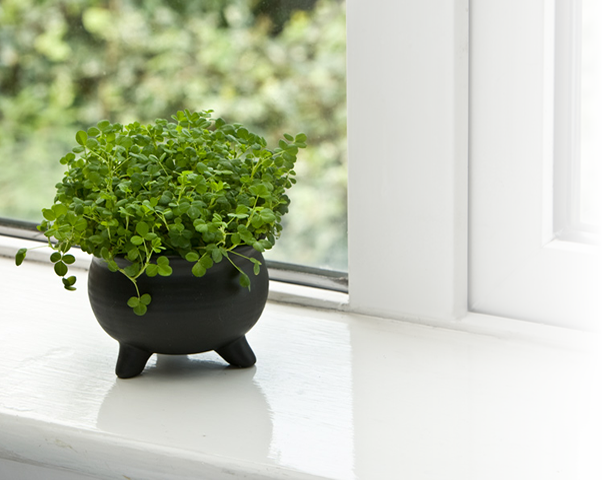