The Rules of Writing Poetry

"Painting is poetry that is seen rather than felt, and poetry is painting that is felt rather than seen." (Leonardo da Vinci)

You're ready to write your first poem.  What points should you keep in mind as you compose each line, each stanza?  Firstly, Kara Zeihl recommends that you set a goal for your poem (http://jerz.setonhill.edu/writing/creative1/poetry-writing-tips-how-to-write-a-poem/#1).  Is your purpose to describe an event or to protest an injustice or to tell a tale?  Robert Lee Brewer offers five examples that might inspire you to write a poem:

Kara Zeihl reminds you to avoid cliches, overused metaphors, similes or expressions.  Use images to stimulate the reader's senses.  Metaphors and similes are part of the poet's repertoire.  Use concrete rather than abstract words as much as possible.  The reader is more apt to have a sensory response to words that he or she can imagine like bird or sky or stream rather than peacefulness, happiness and serenity.

Kara Zeihl suggests that you subvert the ordinary.  To subvert literally means to turn something upside down.  See everyday events in a new way.  Come at it from a different perspective.  "The best poems get written not by going in the front door of the subject, but round the back or down the chimney or through the window."

Tap into your own feelings.  Write about subjects that matter to you.  If it matters to you, you're likely to be more passionate about it.  Let that passion show in your writing.

Use everything in your toolbox, says Alison Feeney-Hart http://www.bbc.com/news/entertainment-arts-29538180).  Remember the literary devices you learned about in school like personification and  alliteration?  Well, poetry has poetic devices:

Ideas are great, but if you don't put aside the time to write, you'll never be a poet.  Find a regular time to write each day.  When I took my online poetry writing course, my daughter was very young.  I waited until she and my son were in bed at 9 pm before I started to write.  I would get in a solid two or three hours of writing.

Now it's time to grab a pen and paper and start composing the first line of your poem. 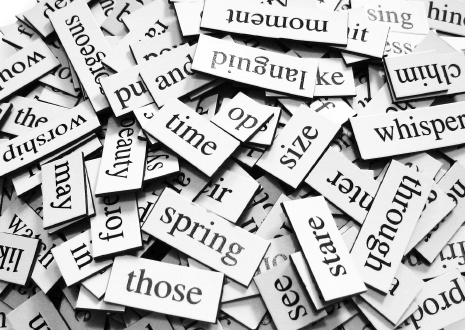