A Penguin a Week

Today is National Paperback Day in honour of the first Penguin paperback to be published in 1935 titled Ariel by Andre Maurois.  Although paperbacks had been introduced by the Germans in the 1800's, the concept never really took off until Penguin debuted their own version.  I googled the title and discovered a blog called "A Penguin a Week" by Karyn Reeves.  Remember how Julie Powell blogged about cooking every one of Julia Child's recipes in her cookbook within the space of a year (see the movie Julie & Julia)?  Well, Karyn Reeves, a PhD Statistics student, intends on purchasing and reading all 3000 vintage Penguin paperbacks.  So far, Karyn owns 1600 titles and has blogged about many of them.  Here are 10 titles and/or authors that I recognized from the list:

This 1934 book, adapted into a movie in 1946, is based on a married woman and a drifter who fall in love, plot the murder of her husband and then live with the consequences.

This 1964 book is based on two successful career oriented people who live together but never marry and after nine years their relationship fizzles out.

Here is the 1931 biography of a World War I aviation pioneer who designed planes.

This 1898 science fiction novel pits earthlings versus Martians.  Wells read excerpts from the story on the radio in the 1930's and caused a national fervor.

5.  As I Lay Dying (William Faulkner)

This 1930 book is based on a fictional family from Mississippi and the loss of a loved one.  Faulkner uses the stream of consciousness technique.

This 1967 book, banned in the Soviet Union, takes place in a cancer ward in Central Asia.

This 1951 novel grapples with the question:  "Does the means justify the ends?"

This 1911 publication is a response to Dostoyevsky's themes in Crime & Punishment.

This 1934 novel is based on the rise and fall of a psychoanalyst and his wife, one of his patients.  Fitzgerald's wife had been hospitalized for schizophrenia in 1932.

This 1964 book is about a child in the city on a blistering hot day.

For further reading, check out Karyn Reeve's A Penguin a Week blog at:
http://apenguinaweek.blogspot.ca. 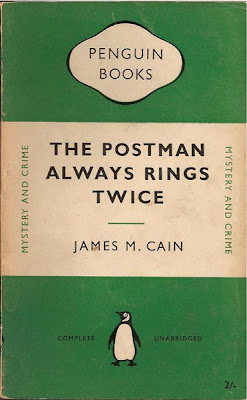