A Gymnast with a Wooden Leg, A Gold Medal made of Silver & An Art Student with a Golf Club

Ten Things You Didn't Know About the Summer Olympics

1.  Figure skating was originally a part of the Summer Olympics until the winter Olympics debuted in 1924.

3.  Summer Olympics used to span months from the Spring until the Fall.  The 1908 London Games lasted 188 days.

4.  The First Olympian to be disqualified for a banned substance was the Swedish pentathlete Gunnar Liljenwall who drank two beers to calm his nerves before the pistol shoot portion of his event. 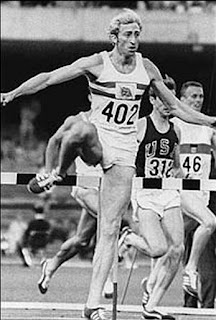 5.  Basketball debuted at the 1936 Berlin Olympics.  The final match between Canada and the United States was marred by a deluge which turned the outdoor tennis turned basketball court into a muddy mess.  The Americans won 19 to 8. 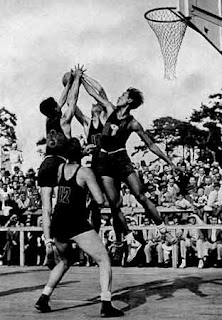 
6.  The 1912 Stockholm Games saw the introduction of art and culture medals in the following categories:  opainting, sculpture, architecture, literature and music.  The first literature gold medalist was Pierre de Coubertin, the founding father of the Olympics.  In 1948, it was decided that the art events would be discontinued since the artists were considered professionals rather than amateurs.

7.  George Eyser, an American gymnast with a wooden leg, won 6 medals at the 1904 St. Louis Games.  South African double amputee Oscar Pistorius will compete in the 400 metres event in London. 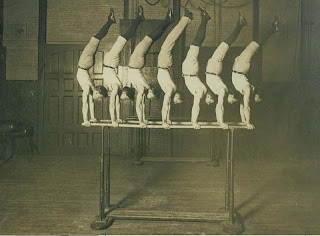 8.  In 1900, American art student of Rodin, Margaret Abbott saw an ad for a golf tournament, entered, shot a 47 and took home a porcelain bowl.  Later she found out it was an Olympic gold medal from the Paris Games, which had been poorly organized. 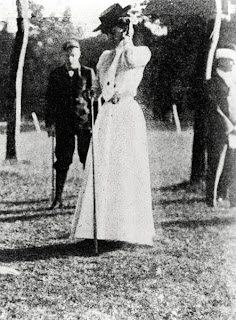 
9.  American Ralph Rose refused to dip the stars and stripes when he passed the royal box at the 1908 London Games since the British had failed to put a U.S. flag in the Olympics stadium alongside the other nations' flags.  Americans have continued the tradition since 1921 not even dipping the flag to President Ronald Reagan in 1984.

10.  Equestrian events in the 1956 Melbourne Games were held in Stockholm Sweden five months early due to the strict quarnatine rules in Australia.