My son Thomas headed to Washington DC early this morning with our church's Youth Group on a week long mission trip.  I pray that they have a safe and successful trip!  Here are ten things you may not know about the American capital.

1.  Washington, District of Columbia is named after George Washington and Christopher Columbus.

3.  Washington DC is composed of the following groups:

4.  The city has 610 Protestant Churches and 132 Roman Catholic Churches.  Thomas and the other Youth Group members will be staying at a church in Fairfax, Virginia just outside of the capital.

8.  George Washington never actually lived in the White House as it was being built when he was President.

10.  Washington DC has no skyskrapers.  Some say this is because no building was supposed to be taller than the Capitol.  However, in reality it was due to the fire department's equipment not being sufficient to fight a blaze in a building higher than 110 feet.  However, a Cairo apartment building is 165 feet high since it was built before the regulations were put in place.  The Washington Monument is by far the highest structure standing 555 1/8 feet high. 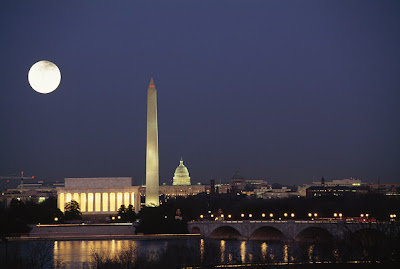