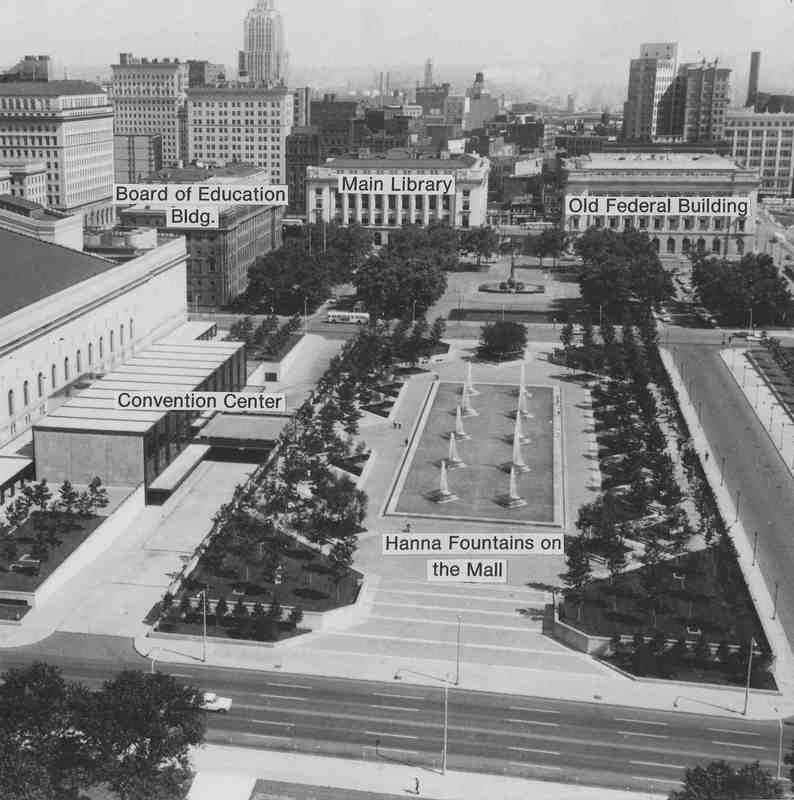 
Daniel Burnham, who designed the World's Columbian Exposition in 1893, also designed a plan for the city of Cleveland in 1903.  The plan was part of the City Beautiful Movement of the early 1900's which believed that "beautification, personified by ample park space and grand, dignified buildings, would instill civic and moral virtue in city residents and revitalize urban areas that were increasingly perceived by the wealthy as undesirable places to work and live."(https://clevelandhistorical.org/items/show/56#.WOfHmGnyuM8)

Following the Roman Classicism School of Beaux Arts, Burnham sketched out six buildings clustered around a Mall, similar to the Washington Mall.  The buildings included:

While Cleveland has lost much of its former glory and population after the decline of the steel industry, all six buildings from the original city plan remain intact.  For more information about Cleveland, visit http://alinefromlinda.blogspot.ca/2013/09/cleveland-mistake-on-lake-vs-best.html.