"Insisting that the city needed only to cultivate cooperation and wise planning in order to build a better world, the movement's optimistic leaders hoped the promise of this glimmering future could unite commercial tycoons and labor organizers, clergymen and politicians, Harvard professors and immigrant families." (https://www.bostonglobe.com/ideas/2015/01/02/how-boston-dreamed-its-future-century-ago/28AZpbZkcrp8fgbS4PawpL/story.html) 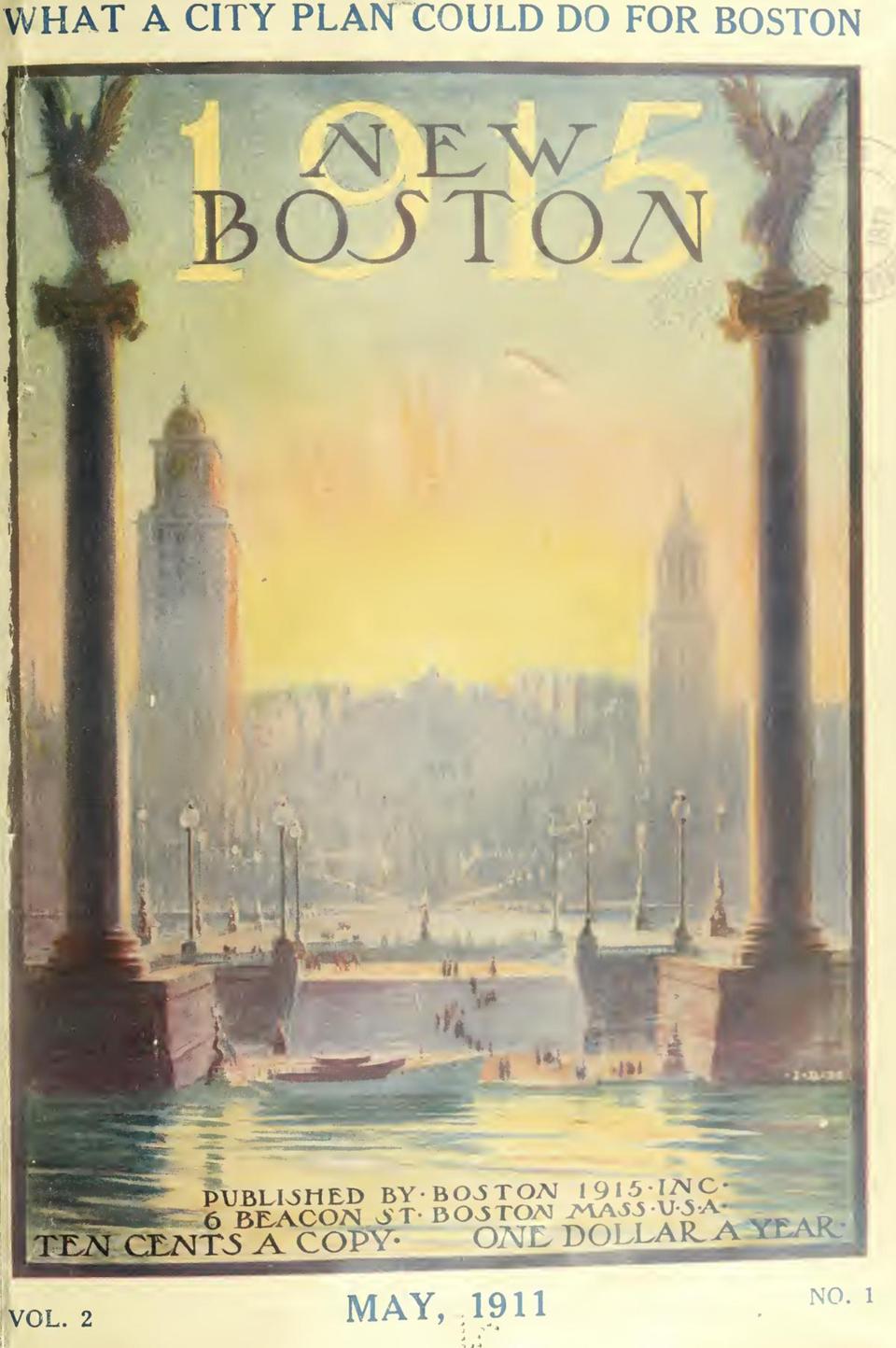 The New Boston magazine circa 1911 includes the "Boston 1915" plan to revitalize the city courtesy https://www.bostonglobe.com/ideas/2015/01/02/how-boston-dreamed-its-future-century-ago/28AZpbZkcrp8fgbS4PawpL/picture.html?p1=Article_Gallery.

Boston was a city on the move.  From 1860 to 1910, its population had nearly doubled.  The establishment, previously run by old line Yankees, was being challenged by immigrants and working class families.  The gap between rich and poor widened as housing prices grew and living spaces shrunk.  The city feared that without major changes, it would lose its ranking as an enlightened, yet bustling, metropolis. 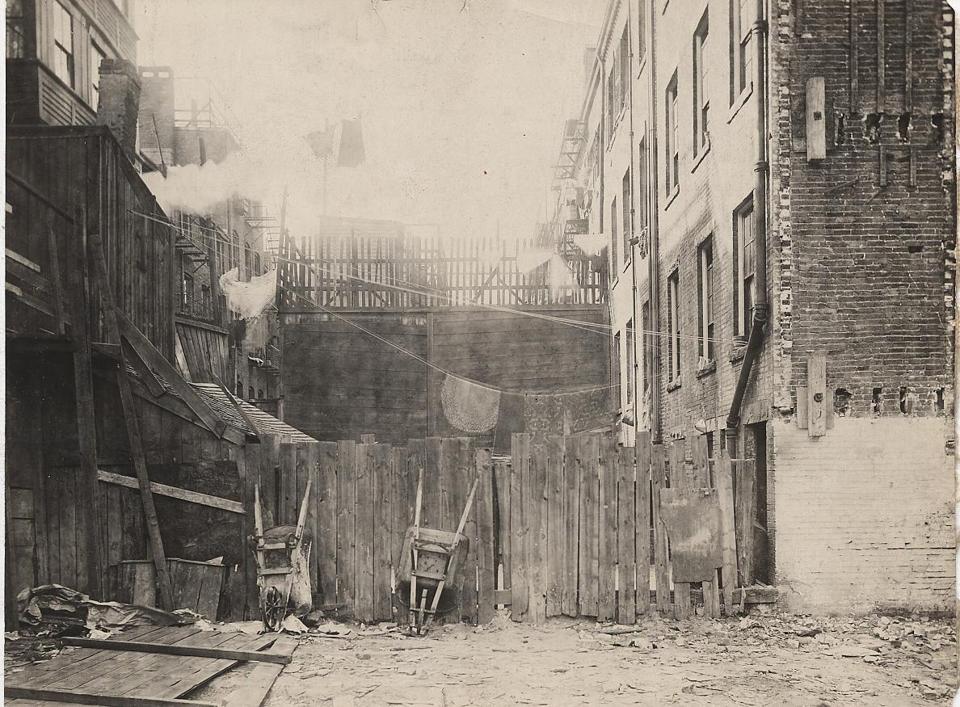 
Businessman Edward Filene and lawyer/journalist Louis Brandeis championed the Boston 1915 urban renewal project.  Forty years of unregulated capitalism had produced a city that was undesirable to live in.  The planners maintained that one could not separate the city's commercial and social elements and therefore devised a plan that would meet both needs.  Looking at the run down tenements in the city centre, they proposed strict building codes.  Another suggestion was for the city to "finance downtown subways and rural trolleys to connect good housing with good jobs". 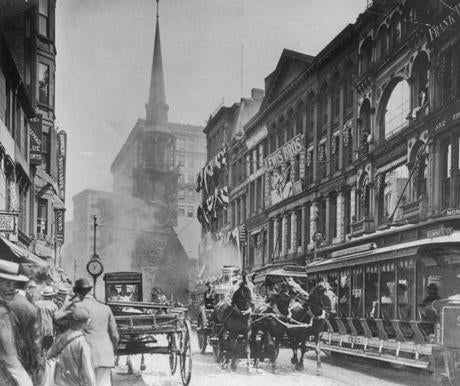 There was a socialist, "cradle-to-the-grave" element to their rhetoric:  "We propose that it shall be possible for a willing worker earning an average wage to live, himself and his family, healthfully and comfortably; to bring up his children in good surroundings; to educate them so they may be truly useful, good citizens; and to lay aside enough to provide himself and his wife in their old age." Jewish businessman and philanthropist Edward Filene believed in all Bostonians working together, commercial and government, Jews and Catholics, rich and poor, to make a better Boston courtesy http://archivesofthecentury.org/myportfolio/edward-filene/.


In 1909, a Copley Square exhibit gave the public images of what Boston 1915 would look like.  One exhibit served as a metaphor for civic cooperation:  one set of rotating discs spun disconnectedly, failing to move the hands of a clock; the other set worked together and successfully moved the clock forward.  Another exhibit featured "talking arc lights" while the "parks and playgrounds' exhibit included zoo, aquarium and freshwater garden.  A third displayed a regional transit systems connecting all corners of the city. 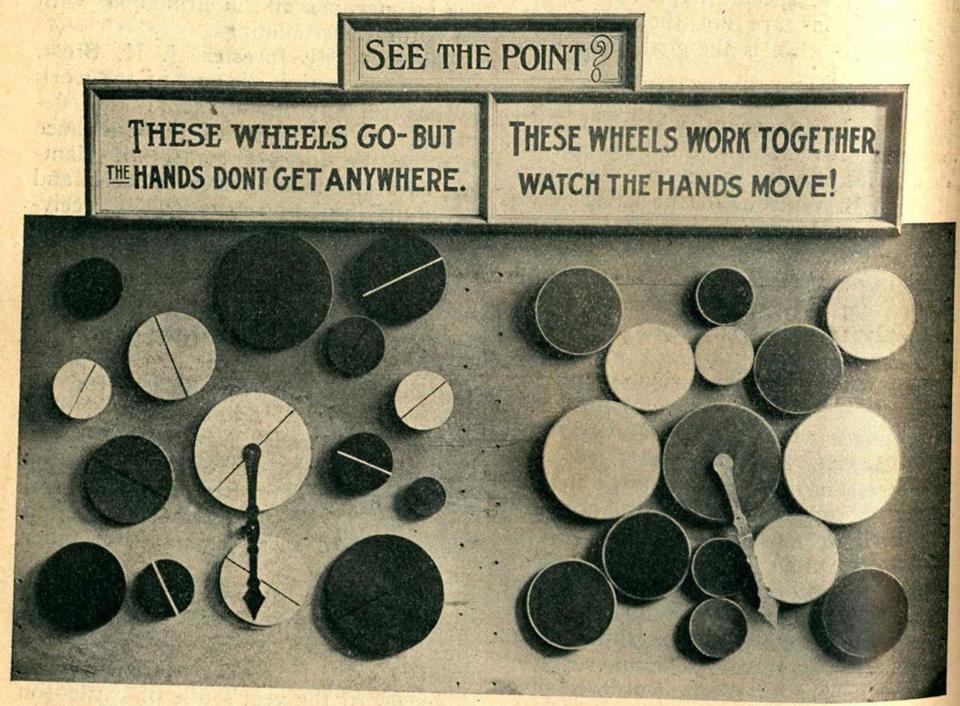 
Mayor John Fitzgerald, the grandfather of President John F. Kennedy, stated:  "The time has gone by when our whole duty as citizens consisted of the casting of a ballot and the payment of a tax bill."  Filene, one of Boston's richest businessman, called for the Boston 1915 planners and the labour unions to work together in a common cause.  Brandeis, the journalist, created a new publication New Boston with the article "What a City Plan Could Do for Boston".  For more on John Fitzgerald, visit http://www.jphs.org/20thcentury/woodbourne-and-the-boston-1915-movement.html. 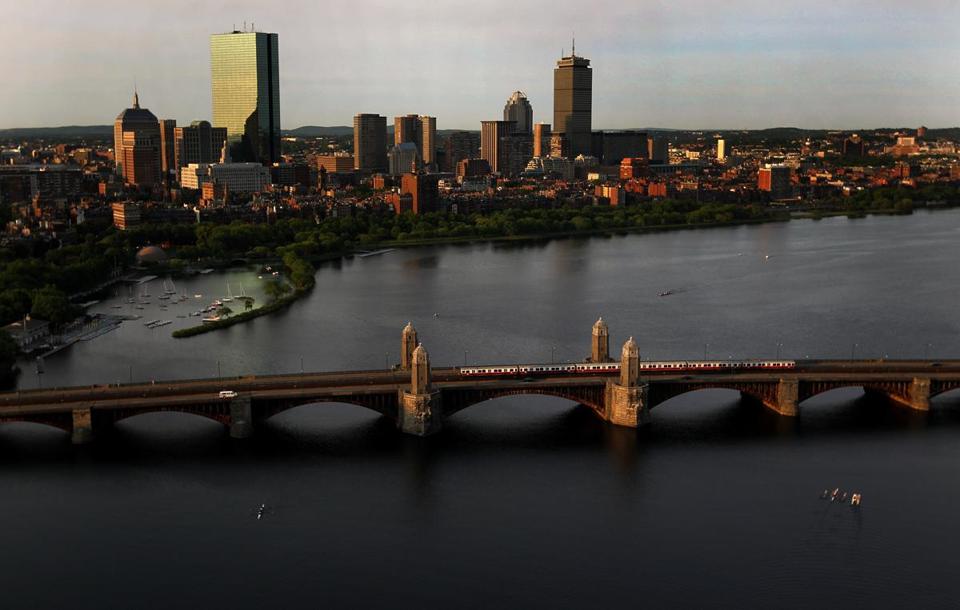