After our trip to Boston Public Garden this fall, we were heading to a Tufts Family Reunion in Wellesley, a suburb about 20 minutes to the west of the city -- a 20 minute trip that turned into an hour and a half.

I was hoping to retrace my steps when we left Boston, but because of the plethora of one way streets, it was impossible.  I thought:  "How difficult can it be to find the Massachusetts Turnpike?"  I was about to find out.  After circling the block a couple of times, we asked a middle aged couple for directions.  They suggested that we take I 93 north to the Turnpike.  The good news was after a few attempts, we found the I 93.  The bad news is we were heading south rather than north.  We took the first exit and made a U-turn to get back on the I 93 heading north.  The interstate took us through a long tunnel.  I was looking for a sign with a pilgrim on it announcing the Massachusetts turnpike, but it never appeared.

We ended up in East Boston, about two miles from the ocean, in a rough part of town.  It was my husband's worse nightmare.  Luckily he was at home safe and sound.  It looked too dangerous to get out and ask someone so I stopped at the Mobil station.  While Dad filled up the car with gas, I approached a nice looking man who was also filling up.  He was a local and seemed to be familiar with the area.  He explained that we had to go back through the tunnel.  The exit to the turnpike, also called the I 90, would be about a quarter of the way through the tunnel.  I thanked him and said that when I got back to Canada, I would tell people how friendly Bostonians are (surprising for such a big city).

We retraced our steps through the tunnel.  But we never found the I 90.  I exited the highway and we ended up in another bad neighbourhood.  I pulled up behind a decent looking car with a Northeastern University sticker on the back window.  I figured if they were educated, they must be decent people, right?  It was a nice looking couple.  The man, who looked like the actor Ryan Reynolds, was busy texting.  His wife/or girlfriend rolled down the window.  I said that we were Canadians and we were lost.  The man proceeded to give me directions back through the tunnel to the I 90.  I thanked the couple and got back in the car.

This time, it was a different tunnel, however.  We had to pay a toll.  I asked the toll booth operator to confirm the directions I had been given.  She pointed to the Sparrow Drive sign.  She said stay to the right and follow Sparrow Drive all the way to I 90.  I drove hesitantly, still doubtful I would find the entrance ramp to the highway.  After about a mile, a man pulled up beside us and asked us if we were lost.  Yes, I said.  I said that we were going to Wellesley.  When the man found a spot to stop, he motioned for us to follow.  He got out of his car and told us we had missed the entrance to the I 90.  But he would take us on an alternate route to Wellesley.  While I didn't know him from Adam, he had a warm friendly face.  At this point, I had to trust him.  Otherwise, we would spend the rest of the day driving around Boston in circles.

Our guardian angel gave us a personal escort out of the city.  We took a picturesque route along the Charles River.  We drove through suburbs like Newton and Wellesley.  The man got out and asked us the exact address of our destination.  We gave it to him and he located it using his GPS.  We followed him into Wellesley Hills right to the front door of Doris Tufts.

Mom got a $10 bill out of her purse to offer the man for gas.  He refused to take it.  I gave him a big hug and asked him how long he had lived in Boston.  At six years, he was a relative newcomer.  Our guardian angle was from Cameroon.  I thanked him profusely and said that if it wasn't for him, we would never have gotten out of Boston.  I said "God bless you" and he was on his way.  I will probably never meet the Good Samaritan again, but maybe some day I can pay it forward.  Thank you, Franco! 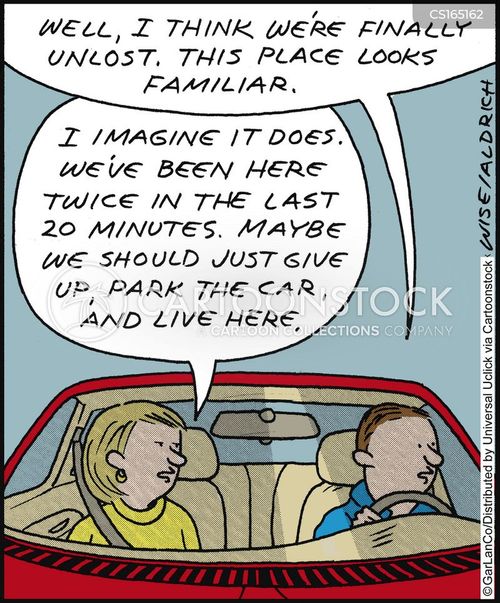