Here are ten facts you may not know about Yellowstone, the world's first national park. 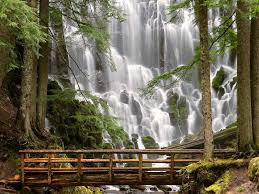 5.  Eighty percent of the forest is composed of lodgepole pines.

9.  Much of the park's water is found in Yellowstone Lake which is 140 feet deep.  Water can also be found at the Lower Falls which is 308 feet high.

10.  Nine hundred historic buildings can be found at Yellowstone National Park, some of which have been depicted in 90,000 photographs taken on site.