Here are ten facts about pumpkins.

1.  Early British colonists used to slice off the tops of pumpkins, remove the seeds, fill them with milk, spices and honey, and bake them on hot ashes -- the original pumpkin pie. 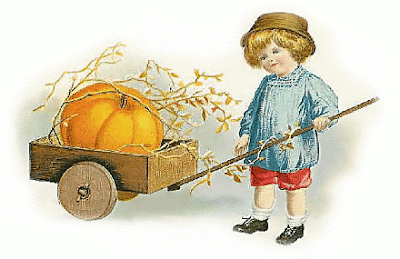 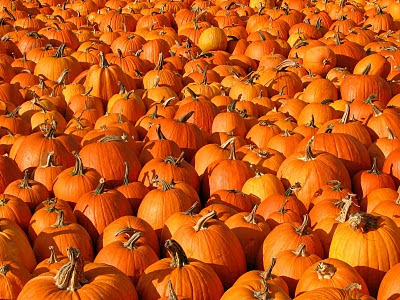 5.  While 90% water, pumpkins are high in potassium and Vitamin A.

6.  Pumpkins are used in soups, pies and bread. 
8.  Pumpkin comes from "pepon" which is the Greek word for large melon.

9.  The largest pumpkin pie ever made weighed 350 pounds and measured 5 feet in diameter.


10.  Pumpkin was once used to remove freckles and cure snake bites.