The Mystery of Sonny Tufts

On a visit to his uncle's farm in 1947, my 14-year-old dad, Norm Tufts, was huddled around a cathedral-like radio with his cousin Norma listening to The Bing Crosby Show.  All of a sudden, his ears perked up when he heard who Bing Crosby was interviewing -- movie star, Sonny Tufts.  "He has the same last name as us.  Is he related?" my Dad asked his Grandma.  Without hesitation, Grandma Tufts replied "Yes!"

Then she climbed the stairs of the farmhouse and returned shortly with a pile of letters, all with the return address of Bowen Charlton Tufts II, Boston, Massachusetts, the father of Sonny Tufts.  Sadly, my Dad's Grandma passed away only four months later.  A relative threw out all of the correspondence with Sonny Tufts' father. Great-Grandma Tufts took the secret of how the American and Canadian Tufts were connected to her grave.

That night at the farmhouse in 1947 sparked my Dad's interest in family history.  He made it his mission to find out as much information as he could about his roots, determined to find out how he was related to Sonny Tufts.  In 1974, my family piled into our wood-panelled station wagon and followed the Massachusetts Turnpike, lined with trees of gold, scarlet and amber, to Boston, Massachusetts.  We stayed at Tufts University, started by Charles Tufts, a great-uncle of Sonny, for the weekend.  We met several relatives at the Tufts Reunion.

Geneologist Herb Adams was also there.  For years, people had asked Mr. Adams if he was related to John Adams the second President of the United States.  His constant reply had been "No."  However, one day, he decided to try to trace his roots back to President Adams; eventually, he succeeded.  With the Adams Family Tree complete, he turned to his wife's family, a Tufts by birth.  He, too, was eager to find the American-Canadian connection of the Tufts family tree.

We enjoyed our Boston trip:  we climbed the steps of the Bunker Hill Monument, we followed the route of Paul Revere, and we navigated the city's trademark traffic circles.  We saw the Christopher Columbus Day Parade on our Thanksgiving Day.  We packed the car and headed home to Canada.

We made return trips to Boston during  Easter of 1979 and the Summer of 1980.  This time we had my toddler brother Bill along for the experience.  My parents attended yet another Tufts Reunion in September of 1997, the weekend of Princess Diana's funeral.  My Dad felt he was getting closer to solving the mystery, but he wasn't quite there. Then, Herb Adams passed away and progress on the family tree came to a halt. 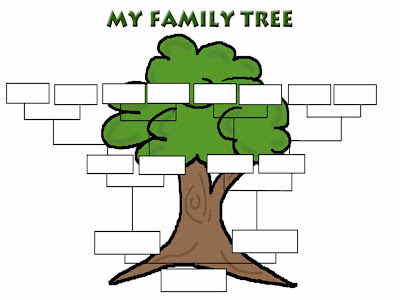 However, in 2002, an interesting article appeared in the London Free Press by freelance writer Herbert Goodden.  The journalists' words shocked my Dad:

"Londoners' chests should swell to learn Sonny Tufts had a connection to our burg.  In my teen years, I mowed the lawn of the remarkably talkative Mabel Tufts, who was the widow of one of Sonny's cousins. Waiting for her to hand over a crisp $5 bill for services rendered, I often heard the story of how Sonny once visited her Franklin Avenue home, while neighbours outside oohed and aahed at Sonny's limo and uniformed driver." Mabel Tufts was the widow of Bob Tufts, my Grandad's cousin!  That would make Grandad and Sonny Tufts' cousin as well.  So they were related.  We just had to find out the particulars.

Last year, for my Dad's birthday, I wrote him a cheque for $100 with a note saying, "For a DNA Test".  I encouraged him to get one of Sonny Tufts' living relatives to take the test as well.  A DNA test would solve the mystery once and for all.  We'll see what happens...