The Attack of the Giant Winged Creature

The Allegheny Observatory opened back in 1859, the result of three men who wanted to purchase a telescope, "the magnifying power of which would bring the heavenly bodies near enough to be viewed with greater interest and satisfaction".  Soon, 29 others had joined them to form the Allegheny Telescope Association.  Supposedly, on April 1, 1878, a scientist was looking through their new giant telescope and observed a giant winged creature.  He warned his colleagues that the earth was about to be attacked by this creature and six of his colleagues committed suicide.  In the end, the creature was simply a mosquito on the telescope lens.

Did this event really happen or was it an April Fool's joke?  I looked online and could find no other sites to corroborate the story.  Nonetheless, it is an interesting one.  It reminds me of Orson Welles' War of the Worlds broadcast on the radio back in the 1930's.  Sometimes, our immediate reaction to a perceived threat is to panic, rather than to question if the threat is really genuine.  If scientists reacted to the mosquito like that, what would uneducated individuals do? 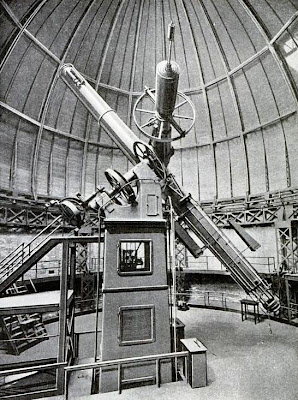