From Madison Ave. to Mulberry St. 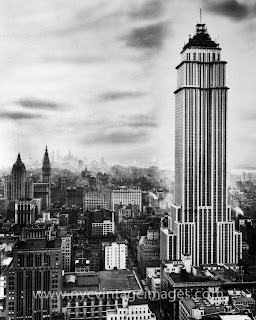 Theodor Geisel found himself on Madison Ave. in New York City with a manuscript in his hand,  ready to burn in his apartment incinerator after being rejected by a twenty-seventh publisher.  But who should he run into on that day but his old friend from Dartmouth College, Mike McClintock, who had just started his first day as a children's book editor of Vanguard Press.  The two men caught up on their lives and within a few hours, Theodor had signed a contract with the publishing company.  Published in 1937, And to Think that I Saw it on Mulberry Street, was a book based on Theodor's childhood years in Springfield, Illinois where his mother would chant rhymes to her children to soothe them to sleep.  Her maiden name was Seuss, which was also Theodor's middle name, and which he later adopted as his pen name.  At the time of Dr. Seuss' death in 1991, his books had been translated into 15 languages; 200 million copies were in print.  Eleven television shows had been broadcast.  In his lifetime, author Theordor Geisel, who was also a cartoonist and script writer, was honoured with two Emmy Awards, two Academy Awards, a Peabody Award and a Pulitzer Prize.  Dr. Seuss never forgot that chance encounter in New York City as a young man:  "If I had been going down the other side of Madison Ave., I'd be in the dry cleaning business today." 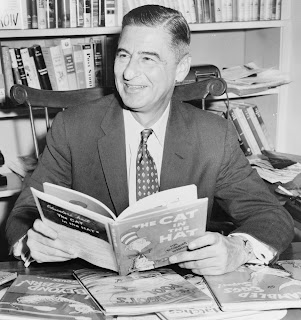