It was a starry night in the Appalachians in Virginia when a young boy named Homer Hickam gathered on his front porch with his family to watch a Russian satellite named Sputnik streak across the sky on its orbit around the earth.  October 4, 1957, marked the beginning of the space race.  It also marked the beginning of a teenage boy's love for rockets; Horace would never forget that magical evening.  He and his friends started building rockets in his parents' basement.  The first rockets were small and primitive:  one blew up his parents' fence; another one landed at his father's workplace, the local coal mine.  While his father insisted that he throw out all of his rocket materials and abandon his dream, his mother, somewhat of a dreamer herself, encouraged her son to follow his heart.  His high school teachers tried to steer him in the direction of the mines where most men in Coalwood worked, but Homer wasn't interested.  However, he continued to build the rockets in secret, finding scrap materials at the dump.  At one point, he and his friends tore up some old railway ties to use for their rocket building.  One supportive teacher encouraged the "rocket boys" to enter the school science fair where they won first prize.  On to the state science fair they went where they also won first prize.  Finally, at the national science fair, they won first prize which earned them all college scholarships.  Homer realized a lifelong dream when he met Werner Von Braun, a German rocket engineer.  He had written Mr. Von Braun and received an autographed photo in response.  After graduating from college with a Bachelor of Science degree, Homer secured a job at NASA where his dream was realized.  He worked in the Apollo program and helped put the first man on the moon in 1969.  He wrote a book called Rocket Boys:  A Memoir and his story became a movie starring Jake Gyllenhal in the 1999.  And to think that it all started back in 1957 when a teenage boy looked up and saw a small speck streak through the October sky. 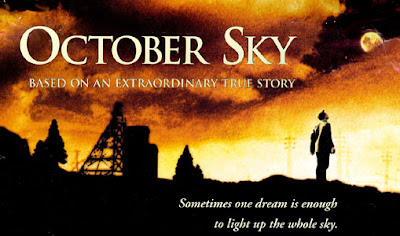