A young English woman worked her way up the ladder to become head seamstress for Queen Victoria, only to be fired for forbidden love inside the walls of Windsor Castle.  Charlotte worked for Queen Victoria sewing her famous gowns, one of many "ladies in waiting" who served the queen.  She was paid handsomely and she loved her work.  However, she made a grave mistake:  she fell in love with a fellow employee, Stephen, one of the queen's butlers.  They tried to keep their relationship a secret, sneaking off to get married.  However, the truth was soon revealed and a horrified Queen Victoria banished the couple to Australia, at the time a penal colony.  However, after some consideration, she realized her decision was harsh and she sent them to Canada instead, giving them 150 acres of land, a hotel and a post office.  The hotel had a bar where Charlotte would often serve a man named John McDonald, later Canada's first prime minister.  Her husband manned the post office.  The couple started a family and within a few years they had five children, three girls and two boys.  The village, called "Tuftsville", had so much promise.  Sadly, Tuftsville, later renamed Madoc Junction, is now a ghost town.  And it all started with a forbidden love affair within the walls of Windsor Castle.

This post is dedicated to my great-great-great uncle, Stephen Tufts, who married Charlotte Burton in 1860, and immigrated to Canada with his new bride shortly thereafter. 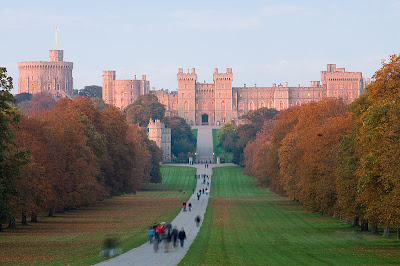