I'll always remember my year of Teacher's College with fondness:  the walks along the Detroit River, the dinners at Swiss Chalet, the visit to Point Pelee, the trip to Fort Malden, the semi-formal in McPherson Hall, the trips to Devonshire Mall.  Nineteen-ninety was our year and Windsor was our town.  Your roomate James said that we were meant for each other when we realized that we both had the 40 presidents of the United States memorized.  I remember how unseasonably warm Windsor was since it was so far south.  Although it was autumn, it still felt like summer.  I recall a certain trip to Devonshire Mall in the K-car and on the way home, all of a sudden, you hit the steering wheel and announced:  "Okay, let's go out!"  I was taken aback by the way you said it, but then I said yes.  Later, I realized that you blurted it out so that you wouldn't lose your nerve.  Our first date was Thanksgiving weekend back in our hometown, Hamilton.  That evening remains a blur in my memory since I was floating on air.  Within two weeks, you introduced me to your parents.  By November, you said the three words everyone longs to hear:  "I love you."  Our first Christmas together was so exciting.  On Boxing Day, you said:  "I'm going to ask you to marry me" and took me by surprise once again.  Knowing marriage was forever, I was 99 % sure, but I wanted to be 100% sure before I said yes.  I got my answer on New Year's Eve.  We attended a house party and at midnight, I couldn't find you to wish you a Happy New Year.  You were only in the next room, but a strong feeling came over me:  I knew I could not live without you.  We shopped for a ring at Devonshire Mall in January.  On February 27, you hid the ring in a Bette Midler cassette case, knowing that I always played "our song".  Your carefully laid plans did not work, however; somehow, I opened the case without disturbing the ring.  So you asked me to open it again at which point I did find the ring.  Down on one knee, you proposed and I screamed "Yes!"  Back to Hamilton we went on the March Break to make the big announcement to our parents.  I remember hiding the ring from my Mom because I wanted it to be a surprise -- was it ever!  On July 11, 1992, my Dad walked me down the aisle at Olivet United Church in Hamilton.  I had never been so confident about a decision as this one.  You waited patiently at the front of the church.  One of the bridesmaids sang "Give Me the Gift of Love" by Bette Midler and we cried happy tears.  We exchanged our vows and exited the church as Mr. and Mrs. Robert Jonasson.  After the ceremony the photographer took his mandatory 1000 shots as the sun shone down on us and a gentle breeze blew across the Dundas Valley.  Just when we were ready to collapse, the photographer dismissed us.  What a great celebration we had overlooking the escarpment at the Golf & Curling Club.  Every guest was in a good mood.  The Tufts and the Jonasson's got along famously.  We danced to "From a Distance" and our parents danced to "Faithfully"; even my Dad had a smile on his face, despite the musical selections.  Thanks for nineteen wonderful years.  Happy Anniversary, Rob! 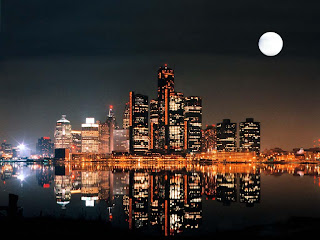