Today my family and I took the GO train from Aldershot station to Toronto.  We walked down to Queen's Quay where we bought juicy hotdogs from a stand and munched on them while ducks splashed in the water below us.  Then we boarded the tall ship Kajama for a cruise on Lake Ontario.  As our boat made its way out of the harbour, we feasted our eyes on the Toronto, the CN tower identifying the skyline instantly. 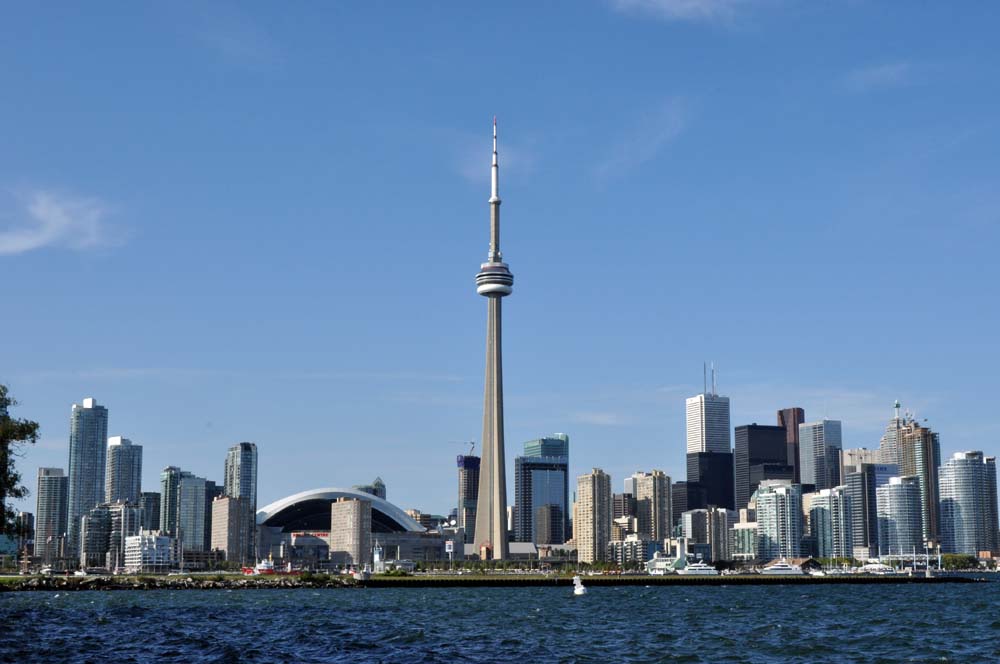 Despite thunderstorms in the forecast, the sun actually came out and a gentle breeze wafted across Lake Ontario.  It was picture perfect.  A toddler pitter-pattered up and down the deck, his parents chasing after him.  Thomas and Jacqueline made their way to the front of the ship where they were treated to a magnificent view of the lake.  As we passed the Toronto Island Airport, named Billy Bishop Airport after the World War I flying ace, Rob focused his attention on a plane that was taking off. 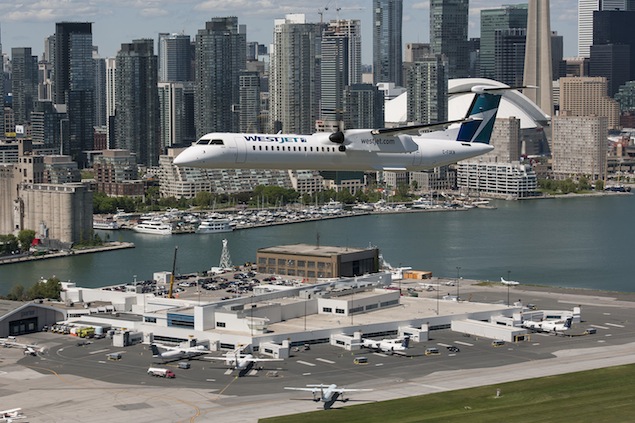 
Our tall ship sailed past Ontario Place, now abandonned.  Memories of a sunny day a few years ago flashed through my mind when our kids played at the splash pad, the CN tower in the background.  I'm glad we took our kids there while we had the chance.  Then I spotted an old stone building with a large green domed roof.  The man beside me said that it's part of the CNE.  It reminds me a bit of London's Crystal Palace. We went a bit further out into the lake; I closed my eyes and simply listened to the the lapping of the waves. As we drew closer to Mississauga's skyline, it was time for the tall ship to turn around.  Slowly we made our way back to the harbour, back to the hustle and bustle of the city.

Note:  If you are interested in the Toronto Waterfront, a free exhibit is on display now until Labour Day at Queen's Quay Terminal called "Toronto on the Water".
Posted by Linda at 20:04