With New Year's Eve arriving tomorrow, here are some interesting facts about some classic board games.

Monopoly is a game about money, property and power.  A special wartime edition was made to help POWs escape; it included hidden maps, compasses and other tools.

Created by an out of work architect, this game uses letters to make words that interconnect.  Believe it or not, there are 84 words in the English language which use a Q but not a U.

Yahtzee is a game of dice and poker-like combinations.  It was originally called "The Yacht Game" since a Canadian couple used to play it on their yacht.  It was purchased by Parker Brothers in 1956.

Originally called "The Checkered Game of Life", the first version of the game appeared in 1860.  One hundred years later, it appeared as "The Game of Life". 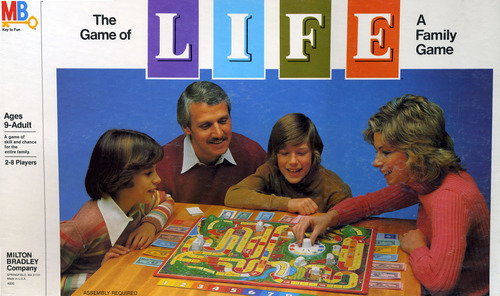 Originally called "La Conquete du Monde" it was first invented in France.  The American version, appearing in 1959, has 19 varieties including Star Wars and Lord of the Rings.

This game was based on a murder mystery played in the underground bunkers during air raids in London, England.  The British called it "Cluedo".

Also called International Draughts, this game with red and black tokens dates back as far as 3000 BC in Ur, Iraq.

This game dates back to the 5th Century.  The most expensive chess set, the Jewel Royale, includes gold, platinum and diamonds and is valued at $9.8 million.

This game involves sinking enemy ships and is based on "Broadsides", a pad and pencil game from 1943.  The board game first appeared in 1967.