"The Almighty indeed sent the potato blight, but the English created the Famine." (John Mitchell)


The Irish Potato Famine, which took place between 1845 and 1852, is considered a major turning point in Ireland's history.  The Famine caused thousands of deaths and led to massive immigration.  Here are ten facts you may not know about the tragedy.

1.  The island was on the brink of disaster due to laws biased heavily in favour of the landlords.  The tenants lived in abject poverty.

2.  The middleman who collected the rent for the landlord, kept redividing the properties to extract the maximum rent.  By 1845, one fourth of farms were only 1 to 5 acres in size while 40% were a mere 1 to 6 acres.  The potato was the only crop that would feed that families on these small plots of land. 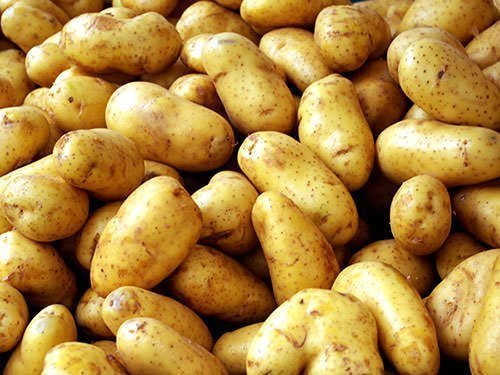 
3.  Britain had a huge demand for beef and therefore much of Ireland's land was set aside for cows to graze.  The remaining land was used to grow crops.  No crop could grow more abundantly in less favourable soil than the potato.

4.  Over 3 million Irish people were dependent on the potato.  Therefore the effects were devastating when in 1845, the potato blight arrived.  The first year, one third of the crops were destroyed; the second year, three-quarters.

5.  The blight, caused by HERB-1 strain, is now extinct due to scientists' breeding practices to eliminate it.

6.  One million, or one-eighth of Ireland's population, starved to death as a result of the Potato Famine.  Another two million left Ireland by 1855.  Overcrowded and poorly managed immigration boats, called "coffin ships" led to more deaths en route to the New World.

7.  While Britain was the world's richest nation at the time, due to poor governance of Ireland, effects of the Potato Famine were even more widespread.  "The Almighty indeed sent the potato blight, but the English created the Famine." (John Mitchell)

8.  Throughout the Potato Famine, Ireland exported large quantities of food, food that could have sustained the country's population.

9.  The Potato Famine changed the island's demographic, cultural and political landscape.  The population took a nose dive from which it's never recovered.  The Irish language was gradually replaced with English.  The Famine triggered the Irish War for Independence.

10.  The Irish have never forgotten the tragedy of the Famine.  Today, the island is at the forefront of famine relief, donating more to the fundraising efforts of Live Aid per head than any other nation in the world. 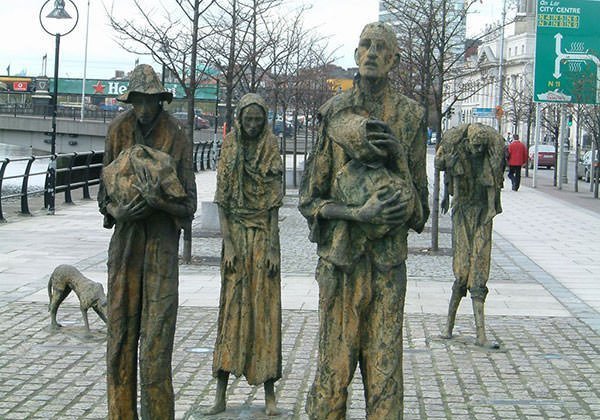 
Source:  https://learnodo-newtonic.com/irish-potato-famine-facts
Posted by Unknown at 11:20