My high school history teacher, Dr. Cooke, told us an interesting story one day.  His colleague, Mr. Blackborrow, was a veteran of World War II.  A few years before my class arrived at Westmount, they had held a Remembrance Day assembly.  Someone played the national anthem.  One student refused to stand up for O Canada.  Before the first line of the song was finished, Mr. Blackborrow hopped over several benches in the auditorium, grabbed the hoodlum by the scruff of the neck, and lifted him up to a standing position. 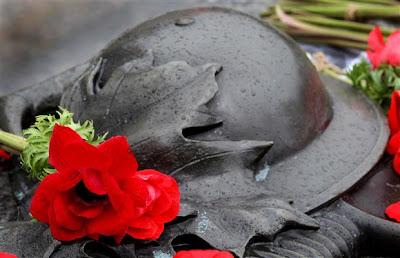 
Whatever happened to the respect we used to have for our soldiers?  How could someone attack an unarmed soldier guarding the Tomb of the Unknown Soldier?  I googled the Tomb of the Unknown Soldier and discovered another disturbing fact.  The tomb, which was first established in 2000, did not get a guard until 2006.  The reason?  On Canada Day of that year, after Ottawa's giant fireworks display, someone caught three young men peeing on the tomb.  Will people stop at nothing to desecrate the memory of a fallen soldier?


While on the one hand, I am disillusioned by the lack of respect some people show to our soldiers, I am heartened by the outpouring of support for Corporal Nathan Cirillo who died today.  What a heartwarming story to hear about the two women who stopped to administer CPR to the dying soldier; it would have been so much easier to run the other way.  I am heartened to hear about the grey haired Sergeant at Arms who stopped the terrorist on Parliament Hill.  His bold response likely saved dozens of lives. 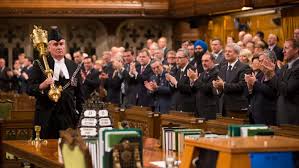 
I am heartened by the images of the days following the Ottawa attack:  the Sergeant at Arms, holding back tears, carrying the mace into Parliament to a standing ovation...the endless cars lining the route of the Highway of Heroes...the fire trucks, their ladders raised, their operators perched on top saluting our fallen soldier...civilians dotting the overpasses to pay tribute to our hero...the maple leaf blowing in the breeze at half mast...Corporal Cirillo's dogs poking their heads under the fence, a forlorn look in their eyes. 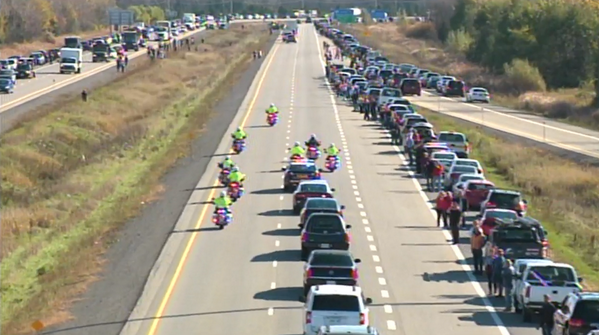 
Thank you, Corporal Cirillo, for your ultimate sacrifice!

May we stand on guard for our fallen soldier.