Canada Post issues commemorative stamps each month to recognize certain events in our history.  In August of 2002. it issued a stamp to commemorate Ottawa's Tulip Festival.  Back in 1944, under Nazi occupation, the Dutch were starving.  That winter, they survived on tulip bulbs and sugar beets. The American driven Operation Market Garden which attempted to drive the Germans out of Holland, largely failed.  Therefore, in 1945, it was up to the Canadian Army to liberate much of Holland, and that they did.  The Dutch will always have a special place in their hearts for Canadians for ending their oppression under the Nazis.

It was the Canadian government which took in Queen Juliana, the Dutch royalty who had fled her country when the Nazis occupied it in 1940.  She came to Canada with her husband and two daughters.  In 1943, she gave birth to a third child at an Ottawa hospital.  The hospital was declared an international zone in order that Queen Juliana's baby could be of Dutch citizenry and therefore eligible for the crown. 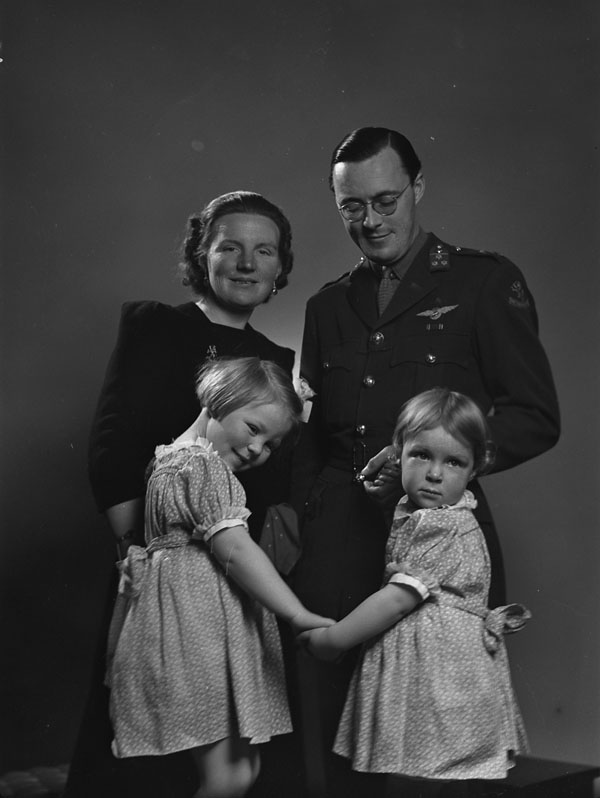 Princess Juliana and Prince Bernhard with two daughters in Ottawa circa 1942 courtesy https://en.wikipedia.org/wiki/Juliana_of_the_Netherlands.

After the Second World War, the Dutch government sent 100,000 tulip bulbs to Canada, the origin of Ottawa's Tulip Festival.  The tradition has continued ever since. https://www.canadapost.ca/cpo/mc/personal/collecting/stamps/archives/2002/2002_aug_tulipsouvenir.jsf
Posted by Unknown at 17:33