He was a barnstormer, delivering mail from town to town, across the state.  No one, other than those in aviation circles, had ever heard of him.  That was all about to change.

In May of 1927, Charles Lindbergh had a special destination for his plane, the Spirit of St. Louis:  Paris, France.  But on this trip he would not carry a mail sac the size of Santa's; he had to keep his weight limit down.  He was about to make the first flight across the Atlantic Ocean.

Lindbergh drafted a letter to the Wright Aeronautical Corporation in Paterson, New Jersey.

"This letter, written in New York before my takeoff for Paris, war carried in my plane, the Spirit of St. Louis, on the first nonstop flight from New York to Paris.  My mailing this letter from Paris indicates the successful attainment of that goal toward which we have all spent our thought and energy."
http://www.charleslindbergh.com/images/365.jpg

While it may have been sprayed with salt water, while it might have had crumbs on it from the sandwiches Lindbergh ate en route, the letter made it to its destination.  And Lindbergh made history.

Today, the Spirit of St Louis sits in the Smithsonian Institute in Washington DC.  The letter was put up for auction in 2002.  For more information about Charles Lindbergh's famous flight, visit http://alinefromlinda.blogspot.ca/2011/05/3-sandwiches-2-canteens-of-water-451.html. 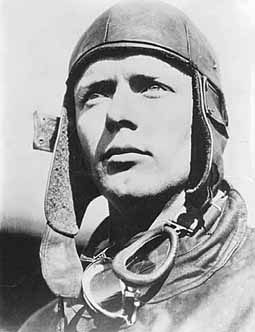 http://www.charleslindbergh.com/history/paris.asp
Posted by Unknown at 20:10