Here are ten facts you may not know about World War I, the Great War or the "War to End all Wars".

1.  An explosion on the battlefield in France was heard in England.  Over 900,000 pounds of explosives were detonated simultaneously in 19 tunnels.  The British Prime Minister heard it at 10 Downing Street in London.

2.  Twelve million letters were delivered to the Front every week.  It only took two days for a letter from Britain to reach the Front in France.

3.  "Canaries" were women who worked in factories with TNT, which gave them toxic jaundice and turned their skin yellow.

4.  World War I sparked the invention of plastic surgery.  Harold Gillies, a surgeon, saw how shrapnel could damage a soldier's face beyond recognition.  He pioneered techniques in facial reconstruction.

5.  The youngest British soldier was only 12 years old.  Sidney Lewis was one of thousands who lied about his age to enlist in the army.

6.  World War I nearly caused financial ruin in Britain.  In 1918, the cost of bullets fired in one 24 hour period was four million pounds.

7.  Blood banks were developped during World War I.  A U.S. Army doctor established the first blood bank on the Western Front in 1917.  Blood was kept on ice for up to 28 days, used in life-saving surgery.

8.  Nine out of 10 British soldiers survived the trenches.  The typical life of a British Tommy was one of boredom and routine. 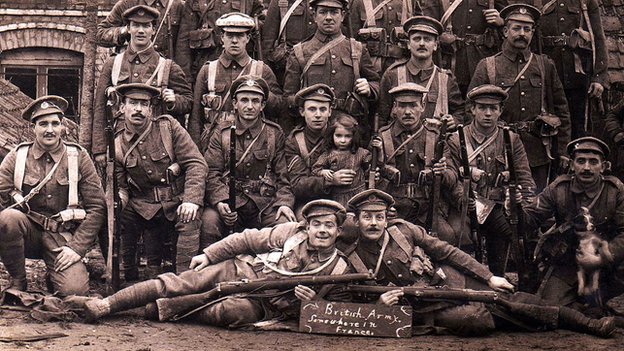