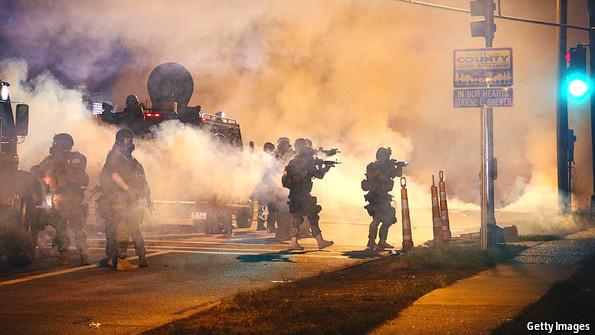 "Let's burn this b**** down!" cried the stepfather of Michael Brown after he heard the not guilty verdict handed down by the grand jury in the killing of his stepson (see the Youtube video at https://www.youtube.com/watch?v=vW2HF5JzK-M).  Others standing in the street took up the chant. By the end of the night, Ferguson was ablaze.

But I do remember the 90% of blacks who refused to ride the Montgomery busses after Rosa Parks was arrested for refusing to give up her seat to a white person, an initiative started by King's organization.  I do remember the hundreds of protesters who sat at lunch counters, dignity oozing from every pore, as hooligans showered them with ketchup and mustard.  I do remember the long line of followers who marched with Martin Luther King Jr. from Selma to Montgomery, Alabama.  I remember the pastor's prayer as he languished in a Birmingham Jail cell.  I remember the 200,000 plus protesters who marched through Washington D.C.'s streets and then listened to King deliver his I Have a Dream speech.  I remember President Kennedy's famous civil rights speech.  And a little document called the Civil Rights Act, signed by President Johnson in 1964.