Foods of the World

Jacqueline's class had a Foods of the World dinner yesterday.  Since her background is half German, she asked me to make schnitzel.  For her British half, she wanted me to bake butter tarts.  Easier said than done.  I have eaten schnitzel several times at the Black Forest Inn in Hamilton, but I've never made it myself.  I went to Zehrs and purchased the porkloin.  When I got it home I realized the due date on it was Sunday and the dinner wasn't until Wednesday.  As Jacqueline said, "We wouldn't want to poison her class!"  So, I cooked it on Sunday night.  Normally, I don't cook with oil because it is fattening.  But that is what was recommended.  So I poured about a half inch of oil into the pan. My friend said make sure the oil is hot.  I waited a couple of minutes and then put in the schnitzel. After eight minutes, it was done.  Perfect!  I packed it in Thomas and Jacqueline's lunches.

On Monday I bought more schnitzel.  Tuesday after supper I poured the oil into the pan and waited.  It didn't seem to be heating up as fast so I waited longer -- too long.  by the time I put the schnitzel in, it burned to a crisp within two minutes.  By now, I was really frustrated!  But Jacqueline had her heart set on schnitzel.  So, back to Zehrs I went for a third purchase at the butcher shop.  Luckily, three porkloin pieces only cost $5.97.  I figured that the only thing I did wrong was the oil.  So, I only waited a minute and a half for the oil to preheat.  In went the schnitzel.  Seven minutes later, it came out perfect!

On to the dessert.  I baked 24 tart shells for 10 minutes.  They came out looking just right.  Then Jacqueline and I mixed the filling.  I made sure I didn't add raisins because most kids don't like them. I didn't add nuts because some kids are allergic to them.  I ladled the filling into the shells.  Into the oven they went for 10 minutes.  The recipe said bake them at 450F.  I thought that was too high.  So, I put them on 425F.  The microwave was going at the same time.  I smelled something burning and I thought it was the microwave food, but it was the butter tarts!  Beep!  Beep!  went the smoke alarm. I removed the smoking tarts from the oven, frustrated once again.  AT least they were salvageable, though, unlike the second batch of schnitzel.

The class loved the schnitzel; every piece was eaten.  And Jacqueline's teacher loved the butter tarts; he said he doesn't like them underdone.  So, it worked out in the end.  Now, I'm ready for the next time...if there is one. 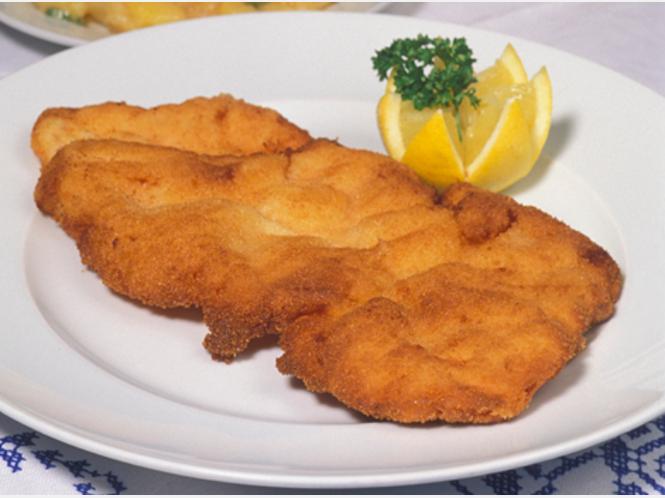