His Only Authority Was His Courage

"He climbed up on the roof of the train and began handing in protective passes through the doors which were not yet sealed.  He ignored orders from the Germans for him to get down, then the Arrow Cross men began shooting and shouting at him to go away.  He ignored them and calmly continued handing out passports to the hands that were reaching out for them." (Sandor Adai, on witnessing Raoul Wallenburg intercepting a train headed for Auschwitz.) 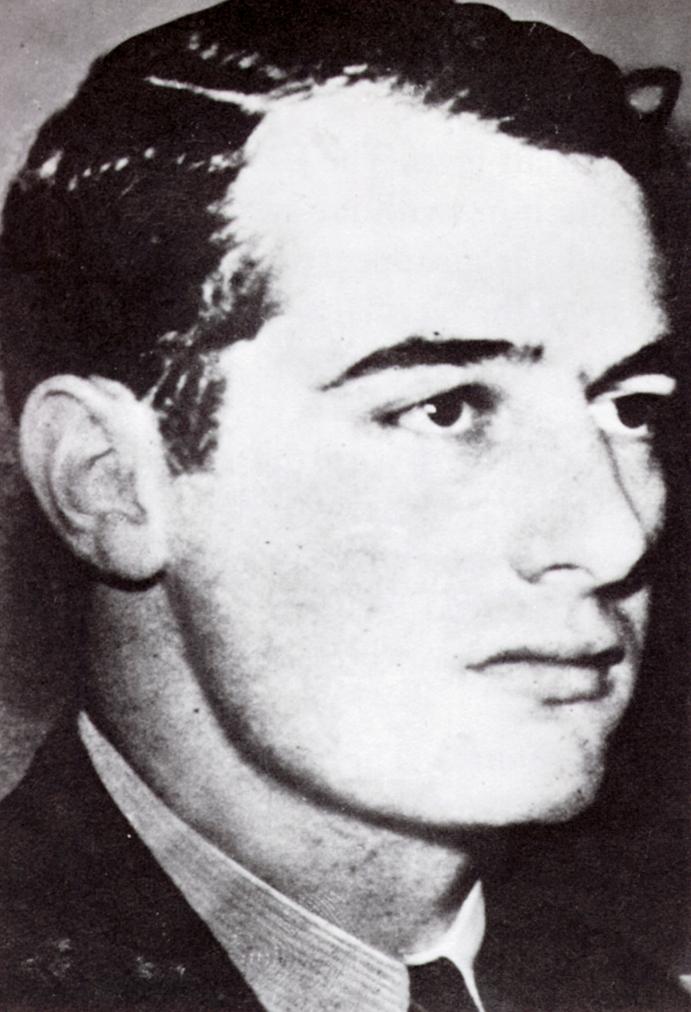 He persuaded, cajoled and bribed Nazi officials to obtain passports for Jews during the Second World War, regardless of the risk to himself.  He had no official authorization, only his courage.  In the end he would save almost 100,000 Jews.

Raoul Wallenberg was born in Sweden in 1912.  His father died of cancer when he was only 3 years old, leaving his mother to raise him on her own.  He sailed to America to studied architecture at the university of Michigan.  It was there that he learned to speak English, French and German, skills that would serve him well later in life.  Along with other male students at the university, he took a job as a rickshaw driver at Chicago's Century of Progress World's Fair.

Returning to his home country after his studies, Raoul was disappointed to discover that his American degree would not suffice in Sweden.  A relative secured a job for him in South Africa where he worked for a year.  In 1938 the Swede learned how to speak Hungarian and started working in an import/export business, travelling between Stockholm and Budapest.

By 1944, the Nazis realized they would not win the war, leading to the mass deportation of Hungary's Jews.  Between May and July of that year, 400,000 Jews were deported.  it was at that time that Wallenberg was appointed secretary to the Swedish legation in Budapest.  In his role he started to issue protective passports to Jews.  He rented 32 buildings and gave them such names as "Swedish Library" and "Swedish Research Institute", hanging large blue flags with the yellow cross over the door, only serving as a subterfuge for the rescue operation.

With each passport that he forged, Wallenberg increased his risk of being caught by the Nazis.  He started to sleep in a different house every night so as not to be caught.  Ironically it was the Soviets who arrested Wallenberg as a spy when they arrived in Budapest in 1945.  Wallenberg was detained in Lubyanka Prison where he was removed from his cell in March of that year, never to be seen again.  One report stated the he had died of a heart attack in 1947.  Another said that he had been executed the same year.

Wallenberg will always be remembered for his courage in the face of fear.