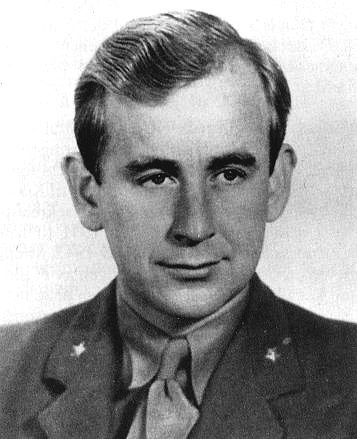 
Max Manus served in the Rognus Operation, a resistance movement headed up by the British during the Second World War.  In 1940, discovered by the Gestapo, they were about to bring him in for questioning.  Knowing their brutal tactics, Manus jumped through his apartment window and fell two floors to the street below.  Hospitalized, the doctor announced that he had a concussion, broken shoulder and spinal injuries.  The doctor likely spared his life but putting him in isolation where the Gestapo could not question him.

With the help of Nurse Olsen and a resistance fighter on the outside, Manus was able to escape from the hospital one night using a fishing line and some rope, blocking out the intense pain from his still injured shoulder.  Fearing that Nurse Olsen would be punished by the GEstapo for aiding him in his escape, he arranged to have the doctor give her a facial injection to make it look like he had beaten her up.  A waiting car outside the hospital whisked him away to Roa.  But his escape was not yet complete.  From there, Manus strapped on some skis and skied for six hours until he reached a remote hut where he spent ten days recovering.  There, he bleached his hair, reshaped his eyebrows and adopted a pseudonym, all to keep the Gestapo off his scent.  A resistance fighter met Manus at the hut and escorted him to the Swedish border where he was arrested and questioned by the Swedish Police who were sympathetic to his plight.


Manus returned to Finland and made a roundabout journey to England to join the Special Operations Executive (SOE).  Manus' transformation was complete.  His James Bond career began in earnest as he set out to sabotage the Nazis from afar.  It was not long however before the SOE arranged to have Manus return to Norway, this time via parachute.  While he survived the parachute jump, he almost did not survive his bout with pneumonia.  After recovering, he set to work to sabotage the Nazis.


"It was Manus' idea to sabotage shipping in Oslo Harbour using specially constructed charges placed on the sides of ships from canoes."  In April of 1943, Manus and a fellow saboteur rowed out to Nazi ships in the Oslo harbour and attached charges to them.  The Orteslburg exploded and sank while the other ships were injured.  The charge on the Tugela also exploded.  Manus received the Military Cross for his dangerous exploits.  After the war, Manus served as Crown Prince Olav's bodyguard when he returned to Oslo.  Manus married in 1947 and opened an office supply business.  While he struggled with nightmares, depression and alcoholism, he lived a long life, passing away in 1996.