Author Srikumar Rao says that it is all well and good to set and achieve goals.  However, break free from the "I'd Be Happy If..." mentality.  Passion comes from within, not without.  "Plug into your hard-wired happiness." Think of your life ten years ago.  You had goals and dreams.  Have you not achieved some or many of those goals?  But are you any happier than you were ten years ago?

About 10 years ago, I wrote a piece for an online writing course I took inspired by the Bare Naked Ladies song "The Old Apartment"(https://www.youtube.com/watch?v=quYV9nASs8Q).  It was our first year of marriage.  I was just starting out in my teaching career.  I had a Teacher's College loan as well as a used car loan at a whopping 13%.  My husband Rob was attending university full time to get his Master's.  As newlyweds, we lived in a 900-square foot attic apartment in Hamilton, Ontario.  We brushed our teeth in the kitchen sink.  Mrs. Hunt, a divorcee who had lived in the second floor apartment for 20 years would relay to Rob's Oma, who lived on the first floor, whenever we had a fight.  Oma would phone Rob's Mom who in turn would phone Rob.  One day, Rob put his suitcase in the back of his car and left sans moi.  Mrs. Hunt told Oma that he was leaving me!  It turned out that he was picking me up at the Paris school where I taught and we were going to drive together to my parents' house in Grand Bend.  Believe it or not, I look back fondly on that first year of marriage: we had next to nothing materially but we had each other.

The problem is that the "I'd Be Happy If..." model that we follow is flawed.  Don't waste all your time changing the IF.  Be content in the here and now.  Think about a scene that took your breath away at on time in your life, like a rainbow over a valley.  You took in the scene, took a deep breath and thanked God for the beauty all around you.  You didn't proceed to change the scene:  trim a tree or make the rainbow a little bit higher.  You accepted the universe as is.

You can change your action but you can't change the outcome.  Srikumar Rao mentions a husband who had been neglecting his wife.  He decided to change the situation and bought her a pretty dress for a special occasion.  His wife, however, did not react the way he expected her to:  the dress was the wrong size and the wrong colour.  He received the opposite reaction to what he intended.  Focus, on the action, not the outcome.

Imagine if a 12 month old baby got discouraged every time she fell after taking a few steps.  Imagine if she berated herself over and over again.  Imagine if she needed to go for counselling every time she had a misstep.  She would never learn how to walk.  But she perseveres and she does reach the point of walking without stumbling.  Enjoy the process...and the rest will take care of itself. 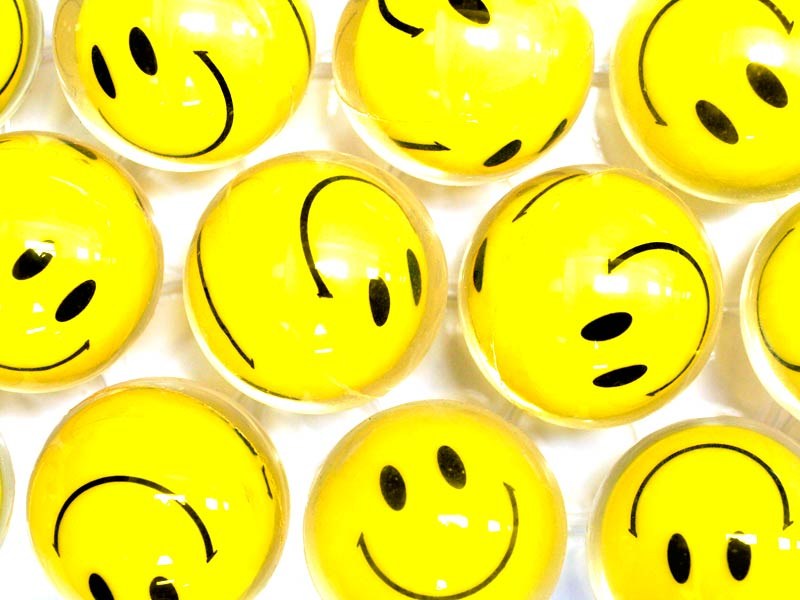