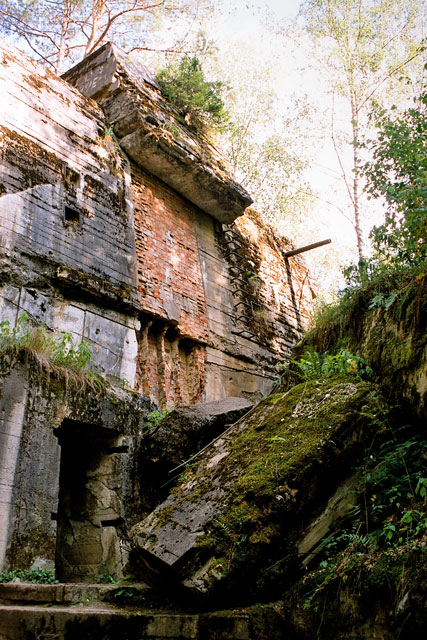 East Prussia was the location of Hitler's Wolfschanze or Wolfslair, a concrete bunker built to launch Operation Barbarossa, Germany's invasion of the Soviet Union.  Wolf, Hitler's nickname, was used at several German headquarters including Werwolf in the Ukraine and Wolfsschlucht in Belgium.  The bunker was originally planned in the autumn of 1940 and constructed by June of 1941.  The Wolfslair was built in the middle of the forest, isolated from roads and cities.

Hitler's 6.5 square kilometre complex was actually a series of buildings, offices and headquarters. According to Armaments Minister Albert Speer, 36 million marks was spent on the Wolfslair.  The complex contained everything from a teahouse to a cinema to a firefighting pond.  It provided shelter for Hitler's inner circle including Hermann Goring, Martin Bormann, Wilhelm Keitel and Alfred Jodl.  The Wolfslair employed 2000 people, including many who planned strategies for the Wehrmacht, but even a few who acted as guinea pigs, eating Hitler's food for him to make sure it wasn't poisoned.

"Traudl Junge, one of Hitler's secretaries recalled that in late 1943 or early 1944, Hitler spoke repeatedly of the possibility of a devastating bomber attack of the Wolfsschanze by Western Allies."  Ironically, when the attack came, it wasn't from the Allies, but from within Hitler's inner circle.  On July 20, 1944, a  bomb went off in the Conference Room, a bomb intended for Hitler.  While the bomb destroyed the room, and killed four of its occupants, Hitler emerged with no more than tattered trousers and a shattered eardrum.  Claus Von Stauffenberg, one of the architects of Operation Valkyrie, was arrested and executed for high treason, one of almost 5000 implicated in the plot (https://en.wikipedia.org/wiki/20_July_plot#Escape_from_the_Wolf.27s_Lair_and_flight_to_Berlin). 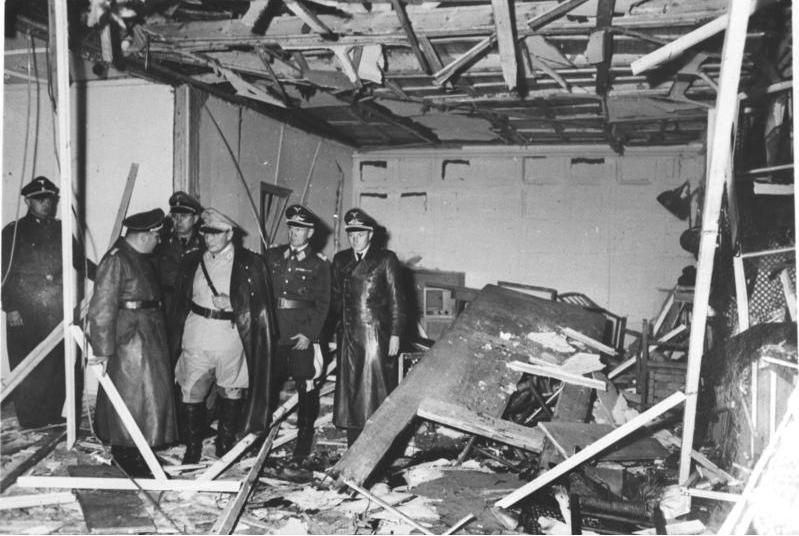 The Conference Room after the failed assassination attempt on Hitler on July 20, 1944 courtesy https://en.wikipedia.org/wiki/20_July_plot.
Posted by Unknown at 16:44